Our 20th Century carpet auction is happening this Friday at Wright in Chicago. You can read Sight Unseen’s interview with Wright Senior VP Michael Jefferson regarding the event here.

Needless to say, we are incredibly excited. And now seemed like a good time to reflect on how and why mid-century modernism burst to the forefront of design dialogue: 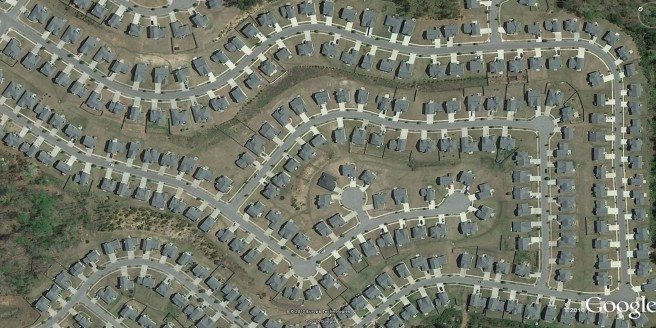 There’s a convenience to standardization. It’s nice to turn off the highway and know pretty much where the gas station and fast food restaurants are going to be. But there’s something uncomfortable about the pervasiveness of repetitive design. As an architect-friend put it to me recently, “There shouldn’t be a cookie-cutter floor plan that works for every single person.”

The other face of contemporary uniformity is a sleek minimalism popularized by the Apple-iPhone aesthetic. While more appealing than a block of boxy suburban houses, it’s by no means a warm or inviting sensibility. 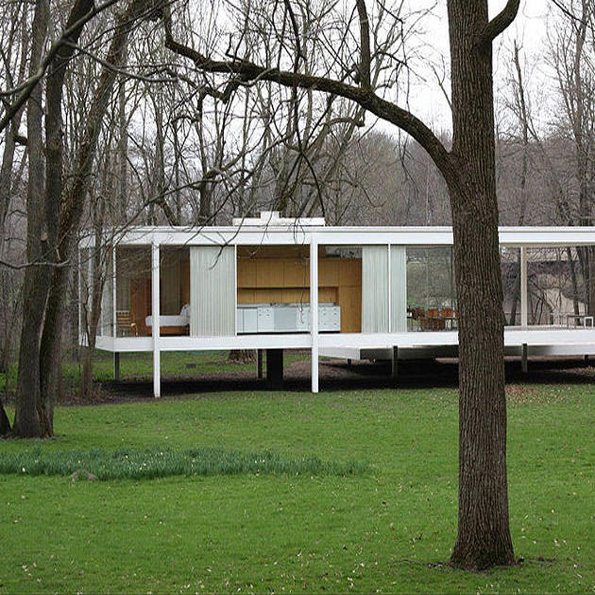 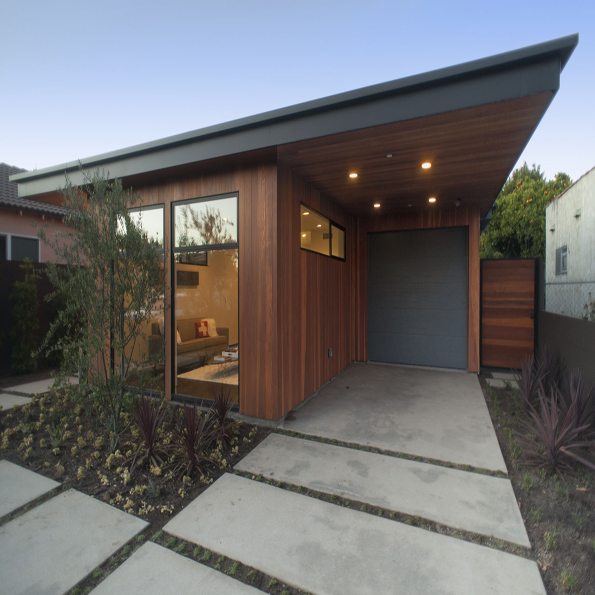 Mid-century modern homes have a sense of history and uniqueness because many preceded the big push to suburban standardization. They give homeowners a sense of individuality about their living spaces. 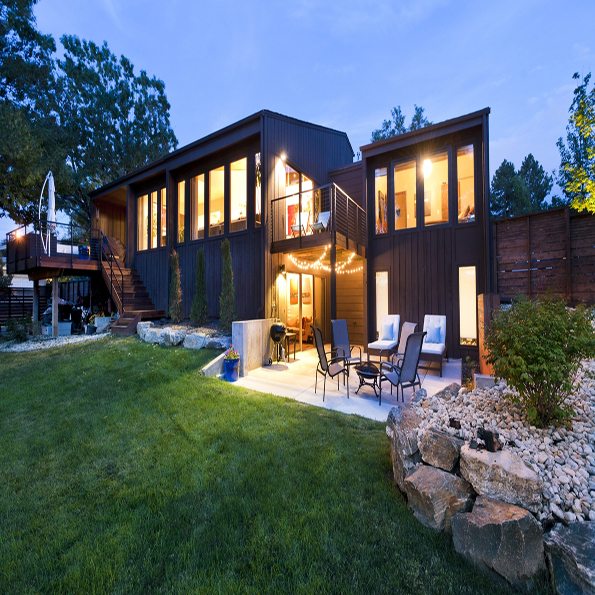 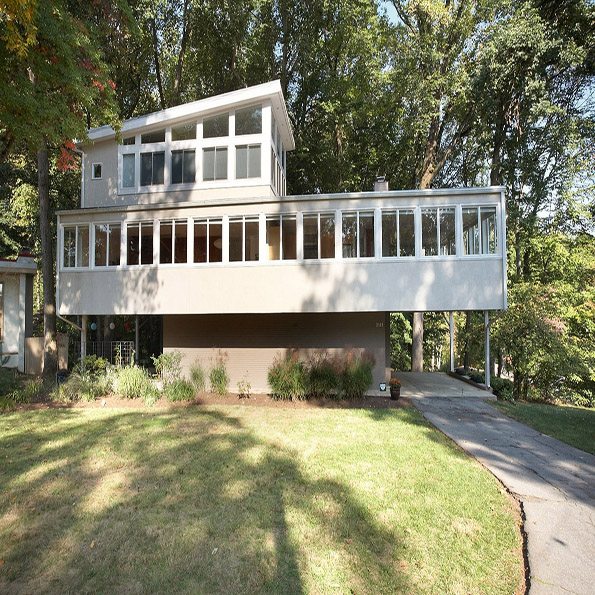 Mid-century modernism approximately spans the years immediately following World War Two up through the mid-1960s. It was a time of renewal in America. People were optimistic about the future and the economy was improving. 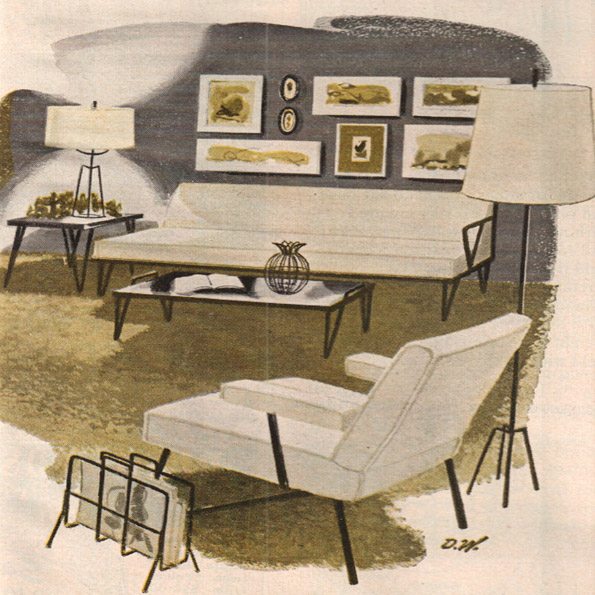 Fast-forward to the present where we have a slow-recovering economy and many young people no longer expect to quickly surpass their parents’ earnings and success. It’s natural that we’d look to surround ourselves with the accouterments of a bygone era. 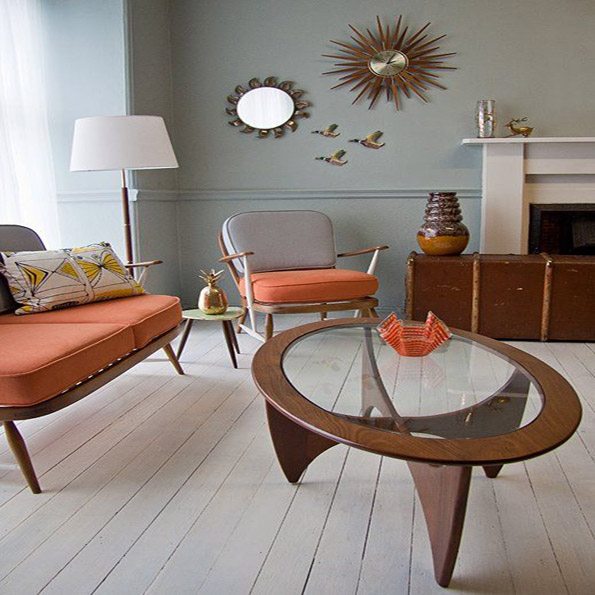 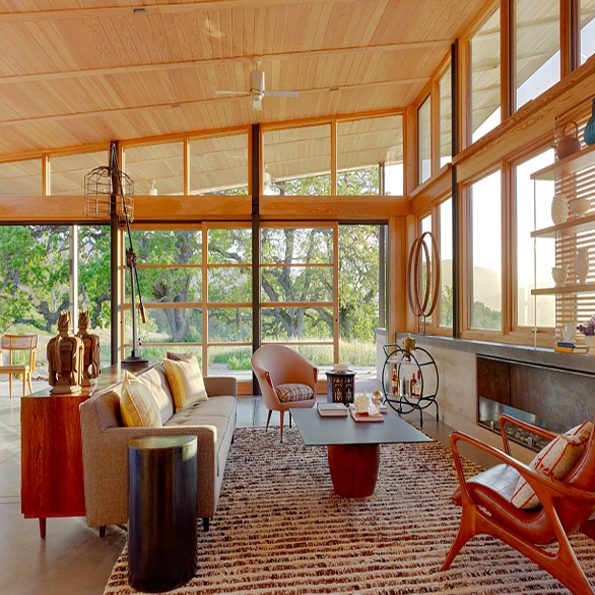 Blending cutting-edge design with the revered tradition of great craftsmanship was a staple of Mid-century modernism. 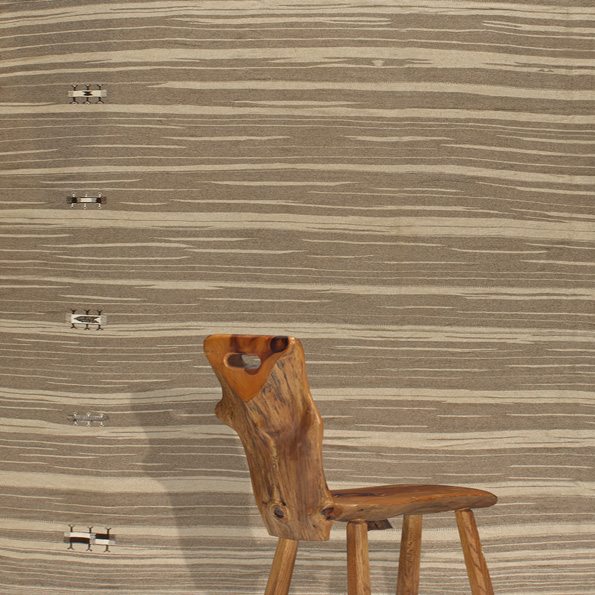 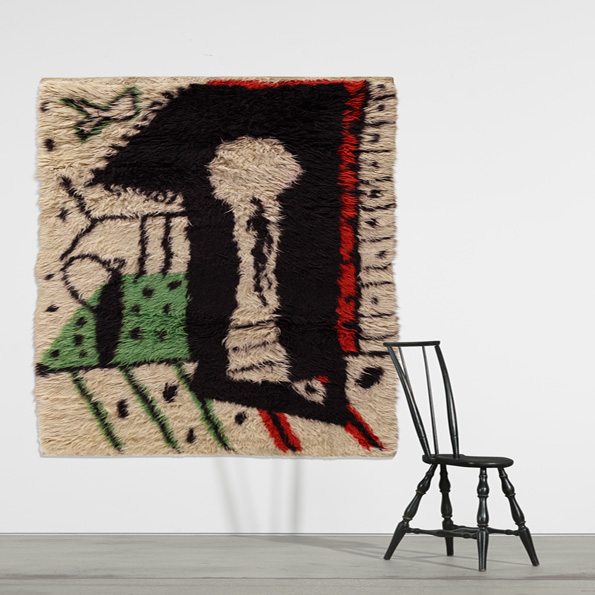 Today, we’ve developed a new maker culture that emphasizes quality and personalization, and it runs the gamut of gourmet cookies, hand-stamped wallpaper and artisan woodworking. With this new interest in craft, we’re primed to appreciate well-made works from an earlier era. 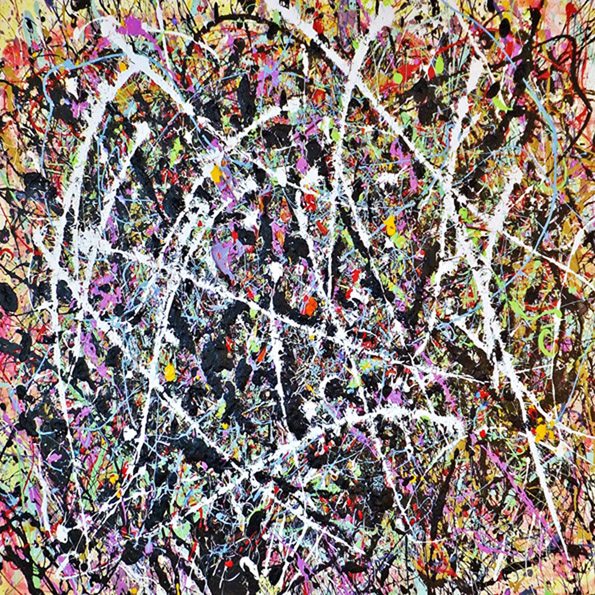 Mid-century design loosely overlaps the era of late modernism in literature and art. It was the era of Faulkner’s lush, southern stream-of-conscious narration, Jackson Pollock’s abstract expressionism and the intellectualization of poetry from the likes of Ezra Pound and T.S. Eliot. While purveyors of sunburst mirrors and pendant lamps might not be thinking about these things explicitly, these design pieces are informed by their historical cultural context. As a statement about its buyer, mid-century modern pieces say, “this is a person who cares about literary and aesthetic tradition.”

Open the gate and tear down this wall to wall!