The category of Persian rugs is a broad one, encompassing manifold styles, techniques, and influences. Both nomadic tribes and artisans in the Imperial courts of the Safavid and Mughal empires wove Persian rugs, however, the specific influences, styles, and techniques obviously vary greatly depending on the time period of the rug’s production and its origin. Since international trade in Persian rugs spans millennia, Persian rug designs have intermingled with various other designs and cultural influences. In particular, there has been an exchange of designs between East and West over the centuries, generating some of the most iconic Persian rugs in history.

Of course, Persian rugs are desired, above all, for their primary utilitarian purpose, which is to decorate interiors. And that shouldn’t come as a surprise, because the quality and craftsmanship of these rugs are self-evident. They maintain their beauty for hundreds of years owing to the fact that they are made of the highest-quality materials, including silk and wool, or even gold and silver threads. Due to their timeless elegance, Persian rugs work perfectly well in modern interiors, imbuing them with an aura of mysticism and mystery. Through them, you can hear the echo of times past even while surrounded by modernity.

The Geographical Origin of Persian Rugs

The world of Persian rugs is full of wonder, symbolism, and fine craftsmanship. Persian rugs have a specific style, and they are imbued with meaning and tradition through the use of geometrical motifs and patterns handed down from generation to generation. Every Persian carpet is inimitable, akin to a painting made with threads, requiring a degree of artistry and skill that elevates the carpet weaving craft to an art form.

A Brief History of Oriental Rugs

The Colors of Authentic Persian Rugs

Interestingly, color variations often occur in many Persian rugs. This is due to the fact that the dying process was a very imperfect science, and only small batches of wool were dyed at a time, especially if the weaver was based in a small workshop with fewer resources. Hence, color variations within a single Persian carpet are actually a mark of authenticity and are valued by collectors and designers alike. This phenomenon is referred to as “abrash”, and it is typical for rugs woven in tribes and villages. 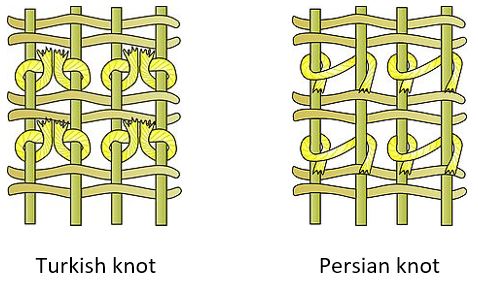 The art of Persian carpet weaving is time-honored, illustrious, and astoundingly complex in its variety of designs, motifs, and styles. This article is merely a modest introduction to the wide world of Persian rugs, and the subject can and has been studied over the span of many lifetimes, with much literature being published on the topic over the centuries.