Scandinavian rugs are decorative fabrics from Scandinavia, usually Sweden. Two major types of these carpets are flat-woven Rollakans and shaggy Ryas. The heyday for Scandinavian rugs has begun in the first half of the 20th century and lasts until today. These northern textiles combine excellent workmanship, practicality and beauty, following the philosophy of Scandinavian design. Both enthusiasts and expert of decorating appreciate their unmistakable charm.

Most people associate Scandinavian rugs solely with flat-weaves in pastel or muted colors that match Mid-Century Modern aesthetics called Rollakans. However, the oldest and most traditional Scandinavian rug is in fact a Rya. This name simply means a ‘rug’. Its history dates back to the 15th century. Ryas started as coarse, long-piled heavy coverlets. Their major function was to protect fishermen from harsh weather conditions. Ryas substituted furs and animal hides that had served that purpose before. Why? Because they were softer as well as smelled and looked better.

Originally, craftsmen made Ryas of undyed wool. The making of patterns was possible through the use of naturally occurring shade variations in raw wool. Therefore, the colors were limited to the palette ranging from off-white through grays to black, depending on the type of sheep. Only later, with the advent of dyes, these Scandinavian rugs started appearing in multicolored versions. Nevertheless, in terms of patterns, the aesthetic remained rather simplistic, with folkish undertones.

By the 18th century, Scandinavian rugs of the Rya type became part of a woman’s trousseau. It shows there were valuable items and important symbols of status. By the 19th century, Swedish ryas lost their primary functions due to the arrival of quilted coverlets from continental Europe. From then on, Ryas became floor coverings or purely ornamental elements.

The break of the 19th and 20th centuries marked the beginning of a new era – the era of Rollakans. Scandinavian rugs of the Rollakan type are flat-woven, with pastel, subdued colors and geometric designs. Nowadays, they are symbols of Scandinavian weaving.

At first, women made these Scandinavian rugs for domestic use in every household. However, one person, seeing their beauty and immense potential, decided to show them to the rest of the world. That person was Marta Maas-Fjetterstrom. The artist established her workshop in 1919 and started a completely new chapter for Scandinavian design. MMF workshop has grown and evolved and operates at full capacity until this day. After Marta Maas-Fjetterstrom came many iconic weavers who also took part in developing and popularizing the art of Rollakan-making. This includes names like Barbro Nilsson, Judith Johansson, Ingegerd Silow, Brigitta Solderkvist or Svensk Hemslojd, among many others.

The popularity of Scandinavian rugs of the Rollakan type reached its pinnacle in the mid-20th century. Therefore, these flat-weaves fit perfectly in Mid-Century Modern interiors. In fact, they are one of the core elements of this particular style. Nonetheless, due to their unobtrusive, playful charm, Rollakans match a wide variety of décors. They are a great way to introduce a bit of heart-warming energy into any space.

Designs of vintage Scandinavian rugs were originally inspired by imported textiles. However, they have gradually developed into an innately northern style. Scandinavian rugs carry minimalistic, geometric patterns. They may show vignettes from everyday life such as bouquets of flowers, a child’s sampler or a pet dog. Landscapes or scenes from day to day life in the country find reflection in simple motifs. These are somewhat similar to tribal designs but have a distinct, northern character. All in all, Swedish pile rugs and carpets have a charm and immediacy of folk art, with fresh and appealing aesthetics. The simplicity and purity of design in Scandinavian vintage rugs make them absolutely one-of-a-kind.

An Exceptional Collection of Scandinavian Carpets for Sale 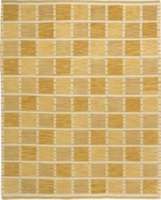