If you like the beauty of simple and clean lines in modern houses, as well as in various house furnishings, it means you appreciate the value of Art Deco/Art Modern. This style is characterized by streamlined artwork such as clean lines and curves as well as bright colors, as opposed to the traditional intricate lines and ornate curves and dark colors of the past. This modern style originated in the period between the two world wars mainly initiated by the Bauhaus movement. The term Art/Deco was first used in L ‘Exposition Internationale des Arts Decoratifs et Industriels Modernes which was held in Paris after World War I. 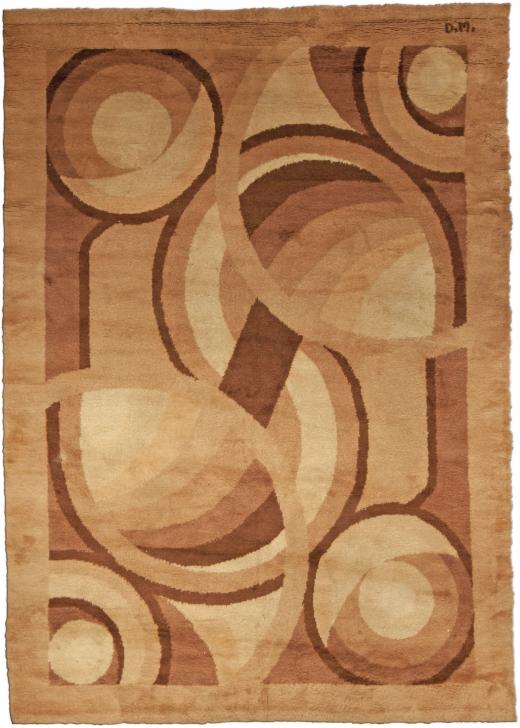 The curvy and clean lines in this Art Deco Rug separate the soft tones of beige and browns, to help create a modern standout pattern.

The excellent reception given by the public to the superior elegance of the custom made interiors at the expo paved the way for interior designers to follow suit. Aside from the interior designers, other craftsmen, artists, and manufacturers all over Europe and America began to incorporate the innovative aesthetic ideas of Art Deco/Art Modern in their works. The streamlined character of the decorative arts of what is called the Machine Age began to appear in rugs and carpets in the mid-1920s to the 1930s. 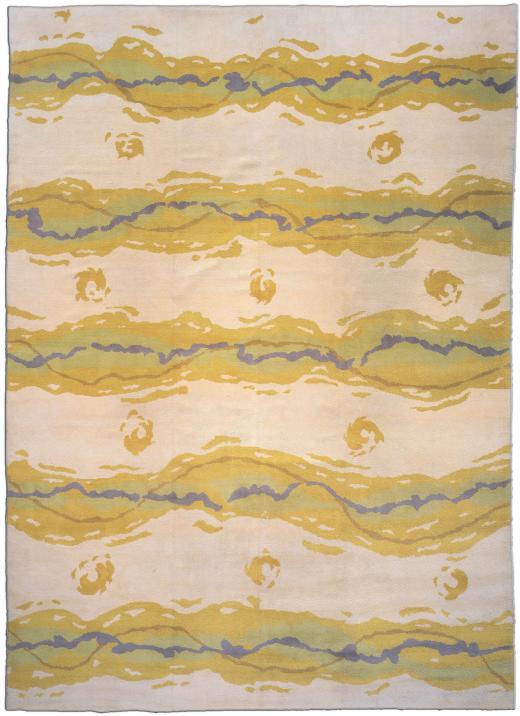 At this time, dramatic changes in styles and patterns began to appear in furnishings and other decorative products. But the fad died a natural death in the 1940s. However, it came bouncing back in the late 1980s and through the 1990s. This modern art style is captivating because of its combination of versatility, luxury, function and cacophony of colors. 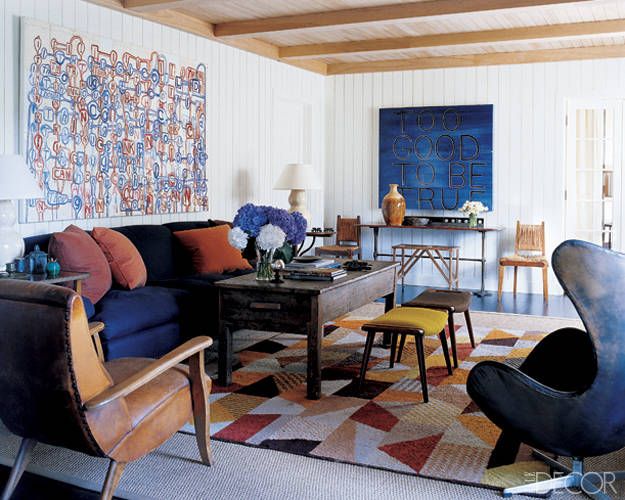 Art Deco/Art Modern is essentially eclectic in nature because it combines Aztec and Egyptian elements. It makes extensive use of pyramidal shapes and strong and sharp angles. This art style also combines metal furniture with lacquered woods, together with geometric glass shades. You would be correct to say that some of its elements are caricature-like in appearance. 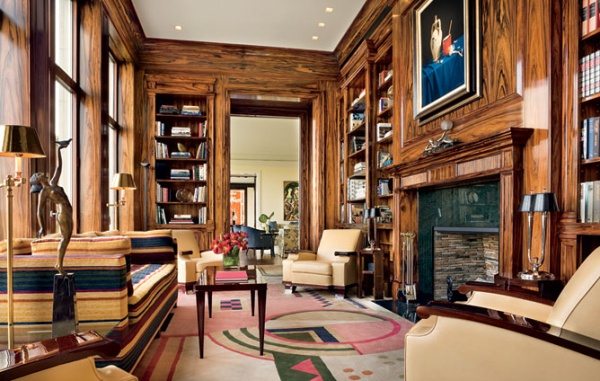 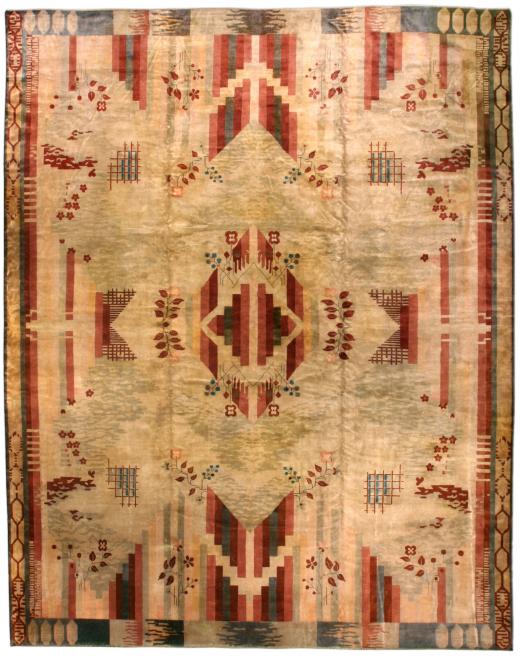 Greek Key in Rugs – Accentuating What is Common to us All