On April 15, 2019, the world watched in terror as one of the most iconic sacral structures was consumed by fire. The inferno that lasted more than 15 hours destroyed the Notre Dame’s spire that collapsed hours after the fire was initially noticed. In the days that followed this deeply saddening event, the French president Emmanuel Macron reassured the public that the cathedral will be restored – they just need money, time and, obviously, a project.

French prime minister Edouard Philippe was reported saying that the government was looking for a fresh look “adapted to the techniques and the challenges of our era”. This prompted many architects and designers to power up their creative minds and conjure new images of the roof and the spire. Below you may see 6 designs that, according to us, are among the most interesting and worthy of this very special place. 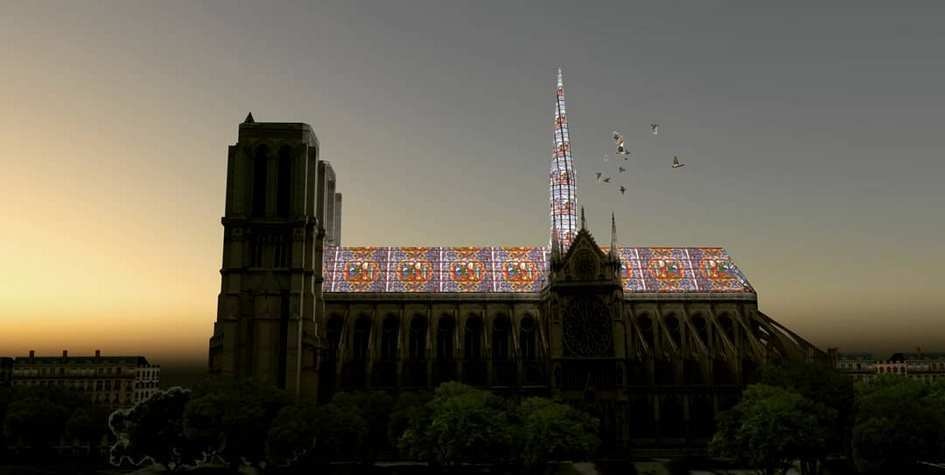 The proposal of the Brazilian architect Alexandre Fantozzi refers to the historical Notre Dame stained glass windows that would be placed on the entire roof surface. As a result, the interior would be brightened by colored illuminations during the day, and at night, it would be embraced by glowing colors. “In Gothic [architecture] there is the connection of the earth to the sky, and inside the Cathedral, the natural illumination multiplies in colors through the filter of the cover in stained glass.” Fantozzi explains. 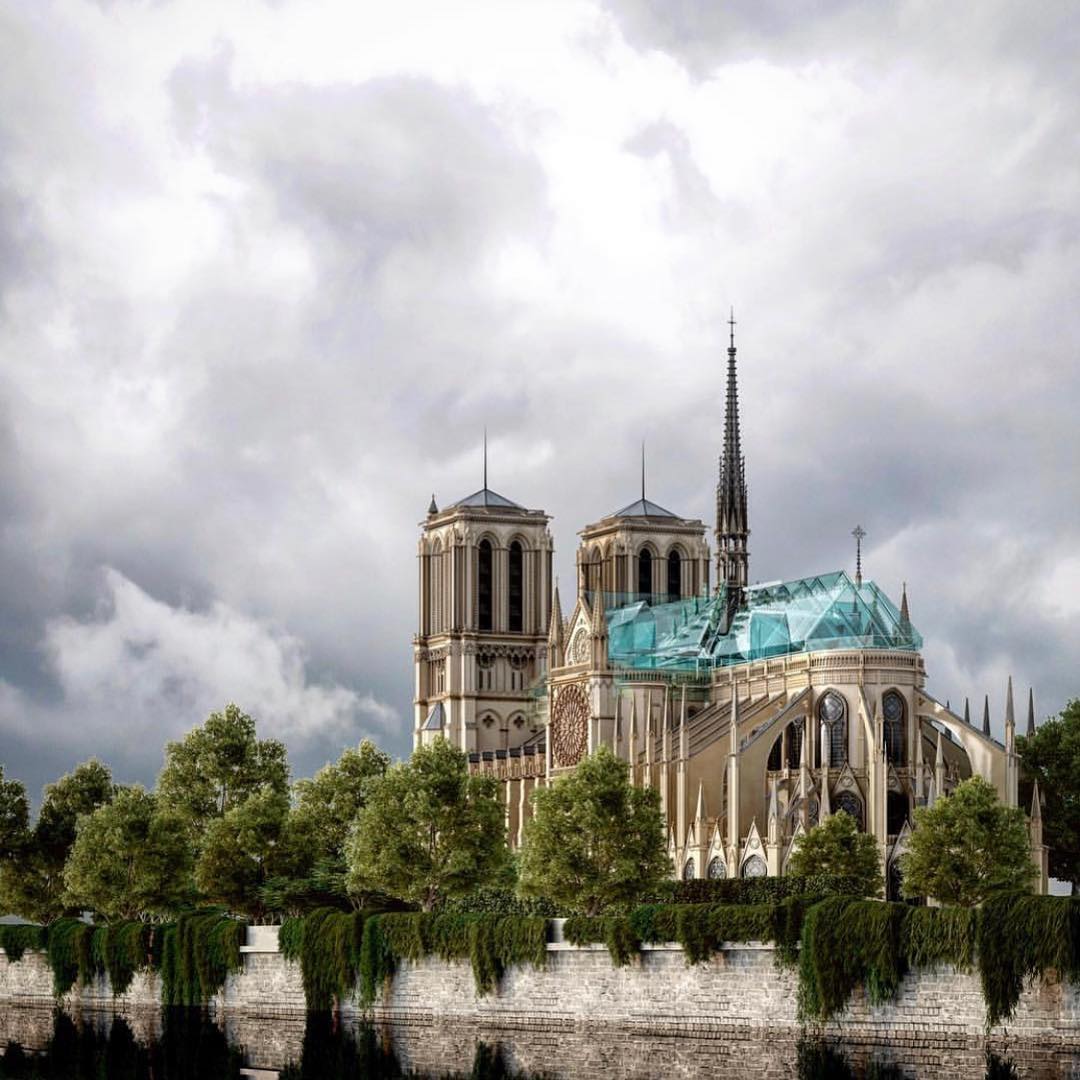 One of the more classic designs was proposed by Alexander Nerovnya. The visualization prepared by the Russian architect shows a glazed roof that allows light to penetrate the interior. The spire, however, would resemble the 19th-century original one. “When people come to see the cathedral they will feel a powerful connection to the history seeing the ancient and the modern parts together,” explained Nerovnya. 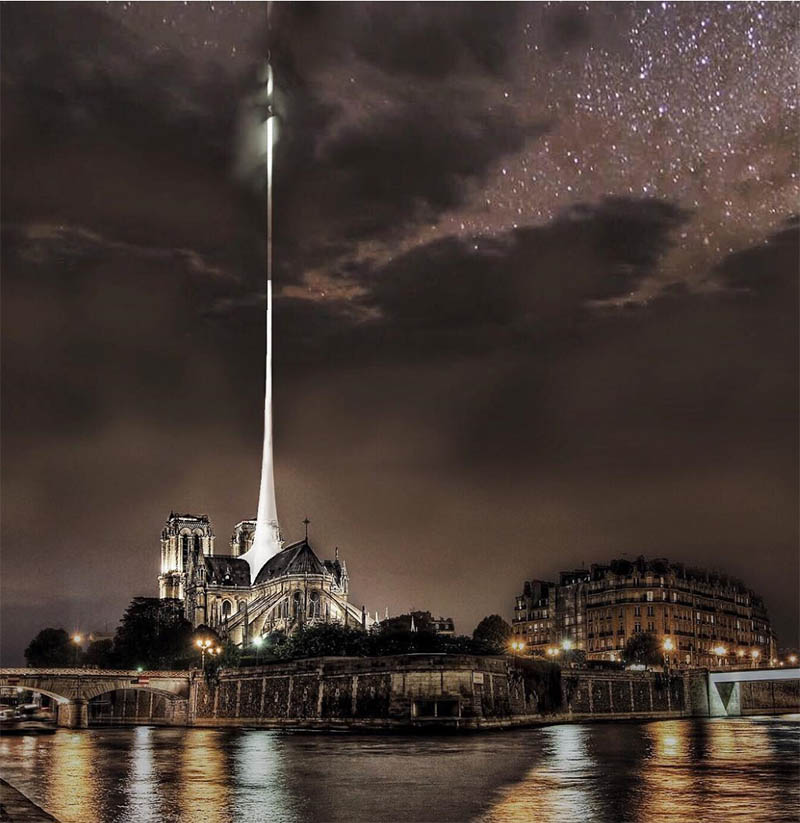 The project refers to the ambitions of gothic architects and their followers who, with their buildings, wanted to reach Heaven. The Slovak studio proposed a minimalist, white spire crowned with a column of light cutting through the clouds. “In the Gothic era, builders tried to reach the sky. It’s up to us to do it,” poetically proclaim the architects. 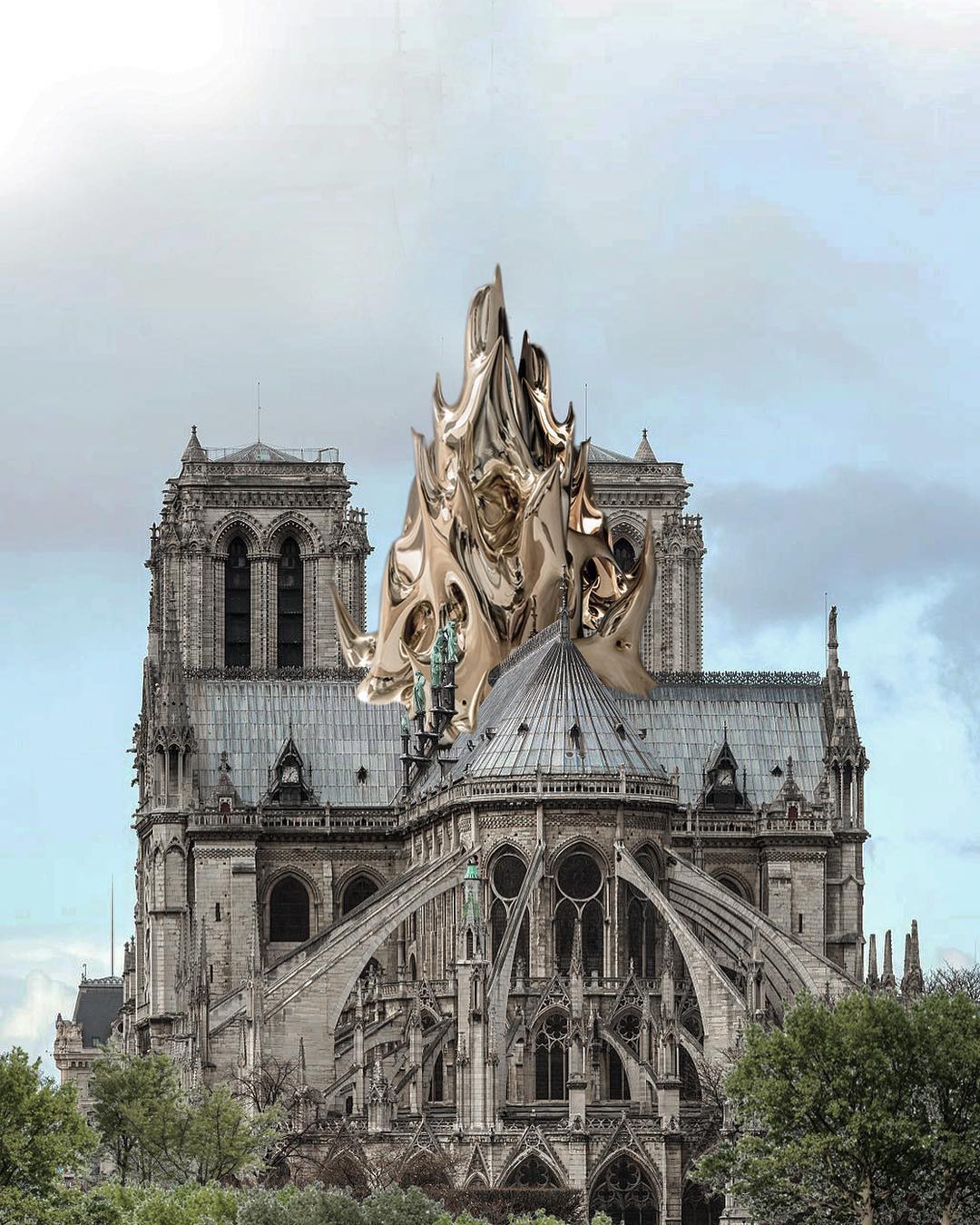 French architect Mathieu Lehanneur proposed rebuilding not what was created 150 years ago, but what we have witnessed now: he designed a flame-like spire. This idea also refers to the function of the cathedral: in the Bible, fire is a symbol of God’s presence. He said: “Some say that we should rebuild the spire as it was originally. Others say that we should design a new one. So, let’s build a new one as it was… on the day of the fire.”

This idea is very close in aesthetics and message to the one proposed by Alexander Nerovnya. Glazed roof and traditional spire would be applied to “find the right balance between history and future” for the cathedral. 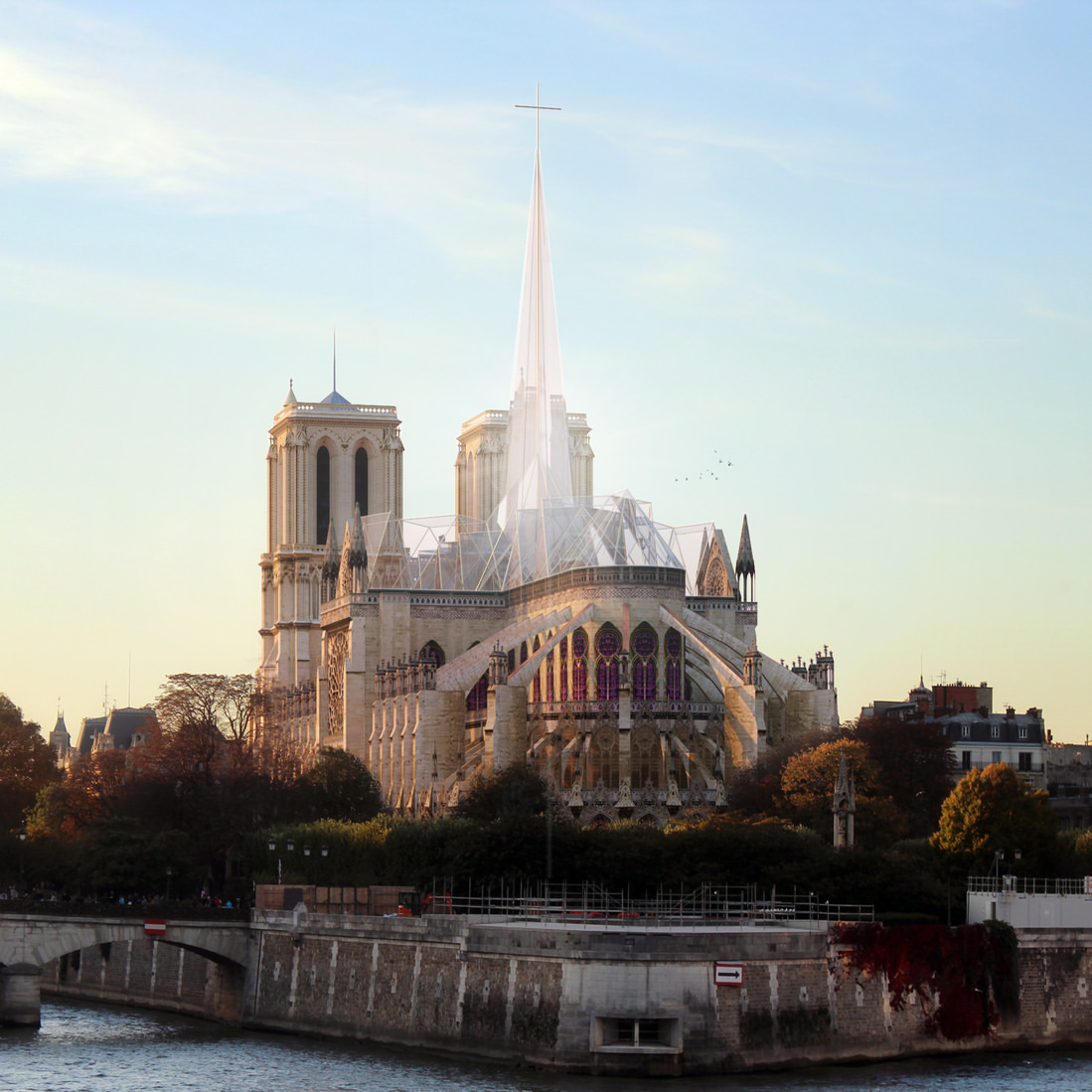 The Spanish studio proposes a new roof based on the existing metal construction that would be enclosed by glass, inspired by the iconic Gothic stained-glass windows of the cathedral. The new spire is planned to consists of 8 glass panels that, like diamonds, would refract light. In this way, the interior would always be open to the sky, and the surroundings of the cathedral would become an integral part of the décor. 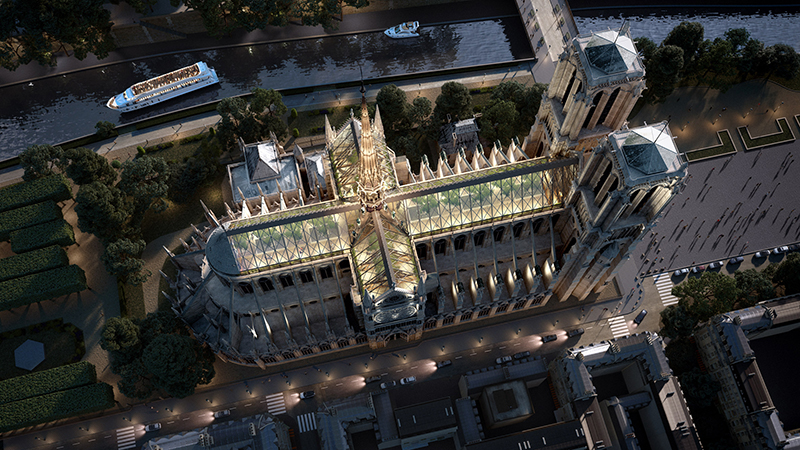 DORIS LESLIE BLAU CAN HELP YOU FIND THE RIGHT PERSIAN CARPET OR ORIENTAL RUG. WE HAVE A LARGE SHOWROOM IN NEW YORK CITY PLUS ONLINE CATALOGS AND SUPPLEMENTARY INFORMATION. FOR HELP CHOOSING A PRODUCT FOR YOUR NEEDS, CONTACT US ONLINE OR CALL 212-586-5511.

Top 10: The Most Inspiring Kitchens We've Seen This Season