We were planning to have a 1 day photo shoot to photograph many of the Turkish Oushak rugs in our inventory and I decided it would be more interesting to make the photographs 3 dimensional by adding furniture to the images. So I went around to several of the Antique dealers that are located in our building – the Interior Design Building- and asked to borrow some furniture. The following images are an eclectic mix of periods and styles illustrating the versatility of designing with Oushaks and also the spirit of collaboration. Many thanks to the dealers who graciously loaned the furniture pieces featured. 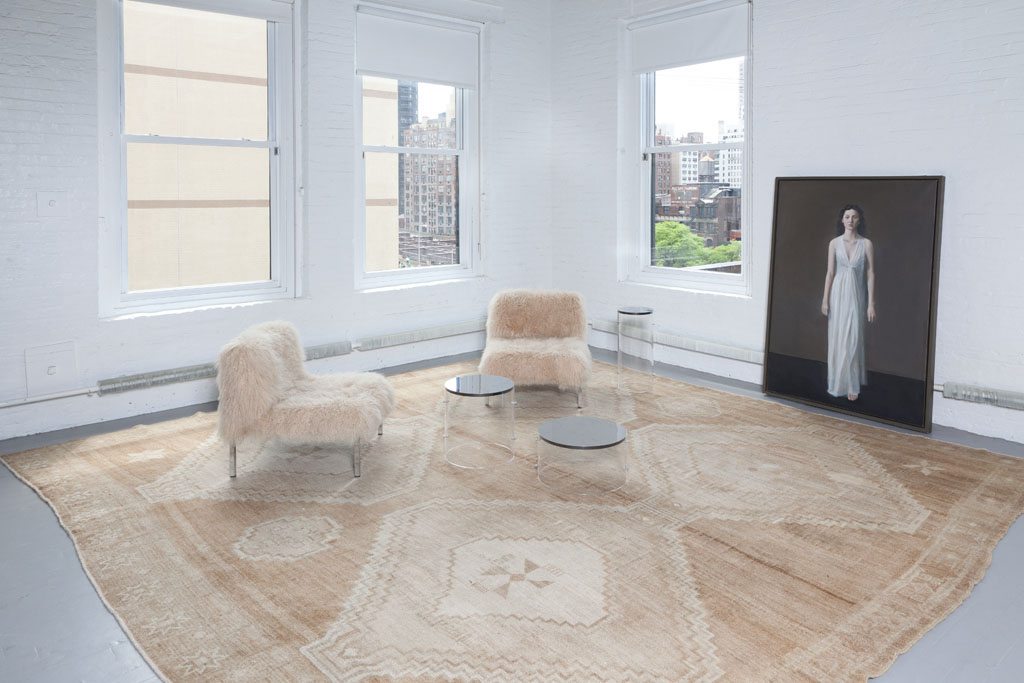 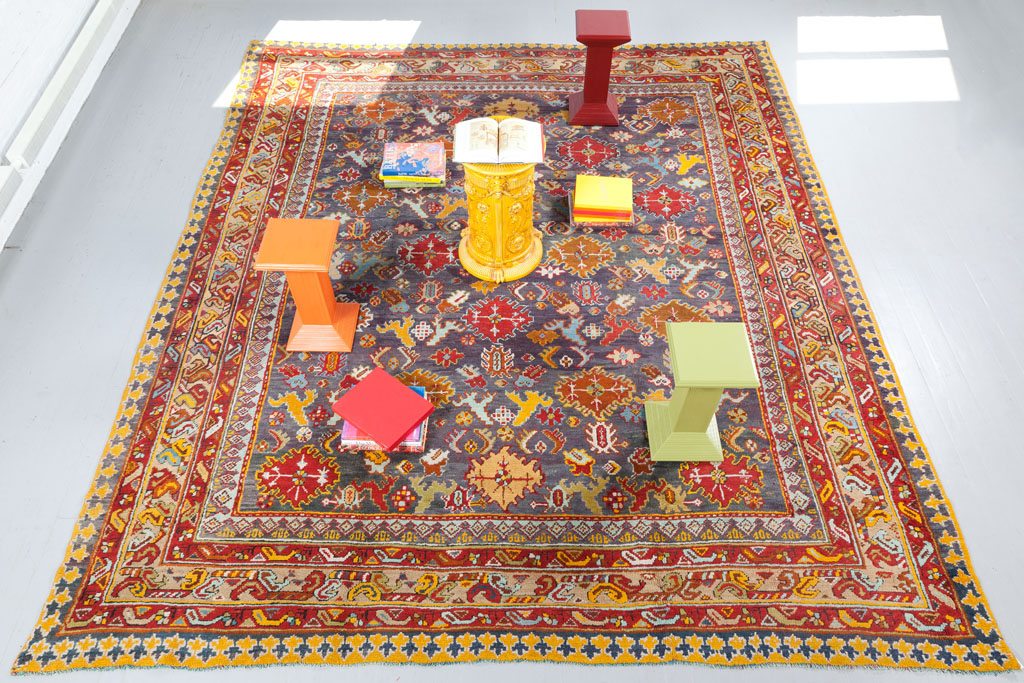 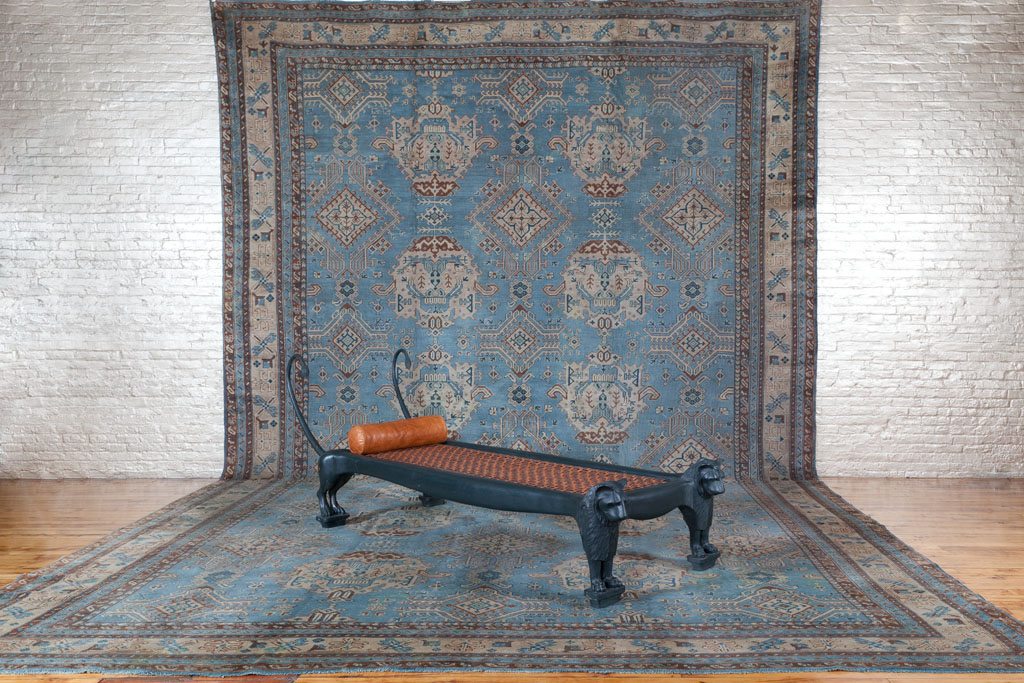 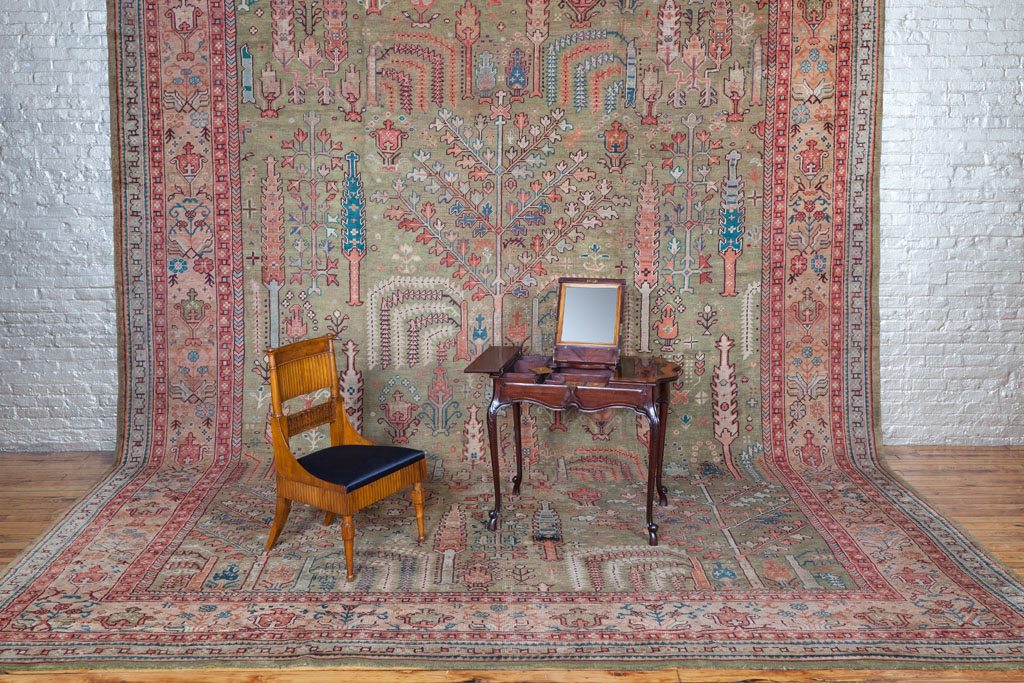 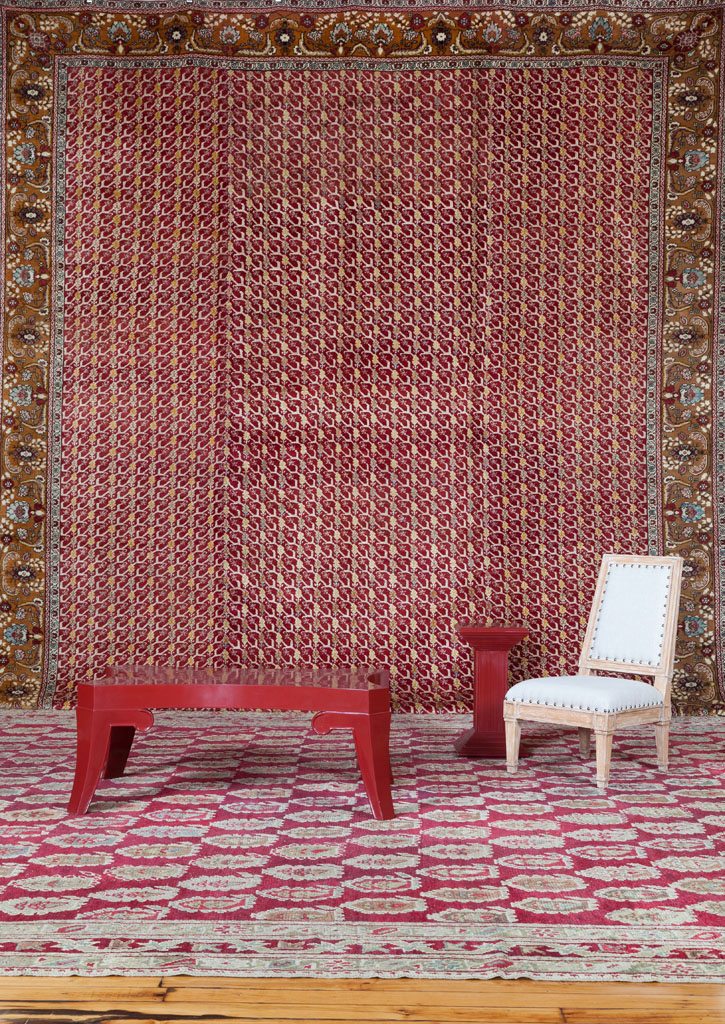 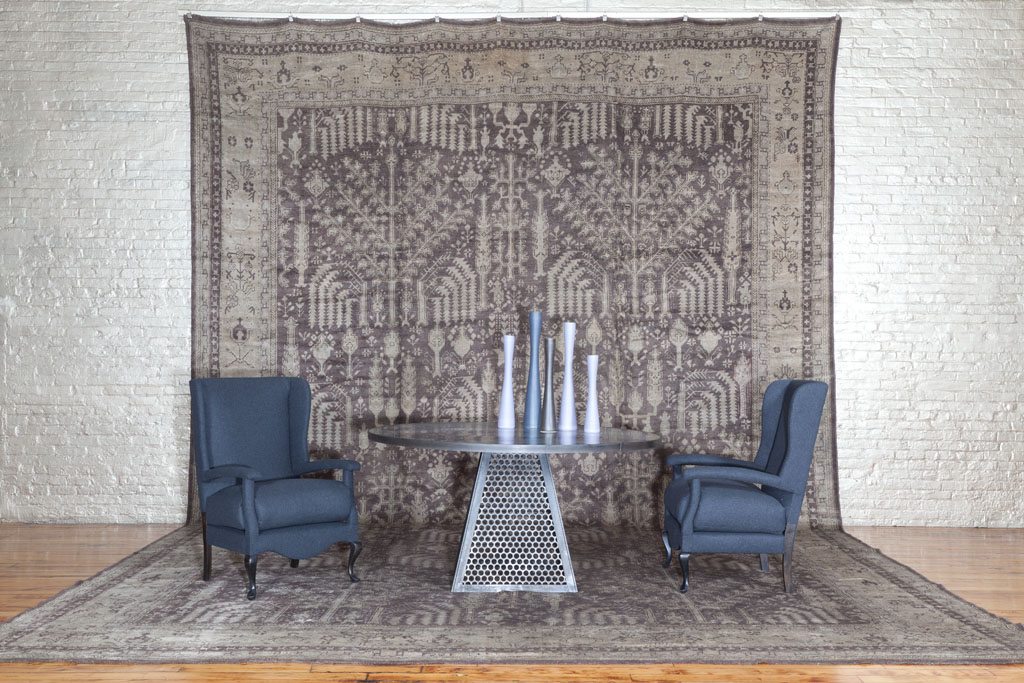 Contemporary Steel Round Table with Punched Steel Base. 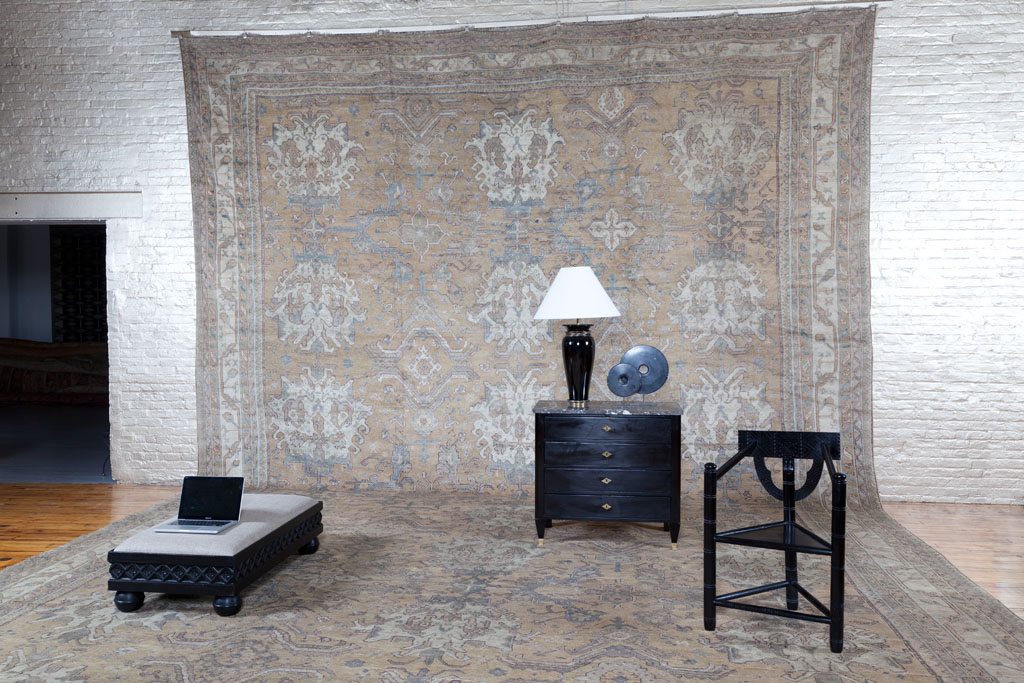 19th Century Ottoman with Ebony Base French Circa 1840 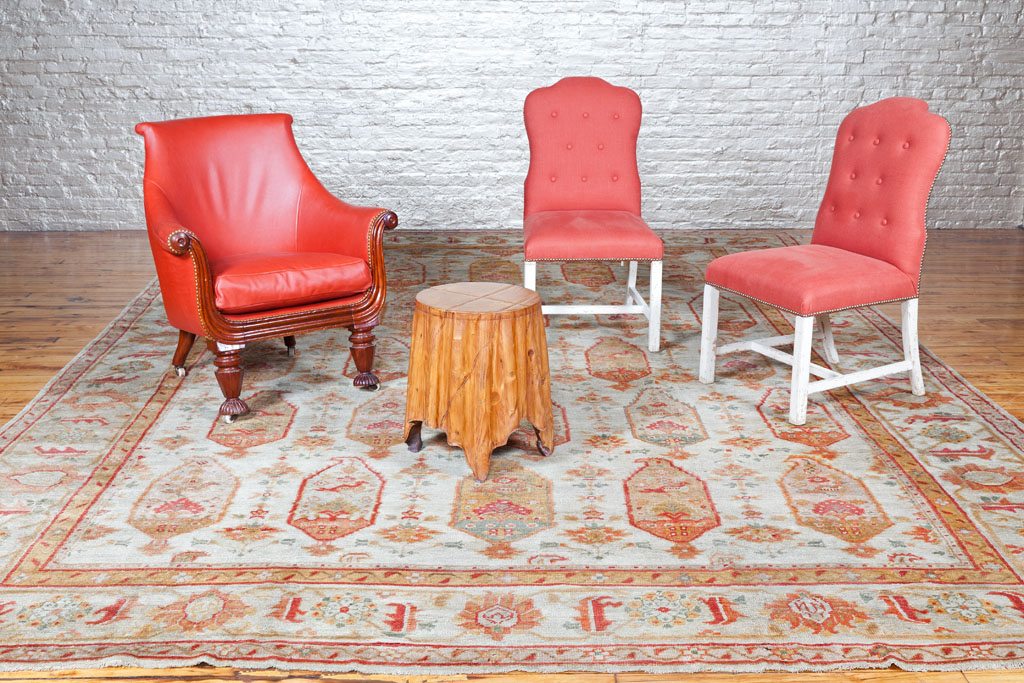 Jack Side Chairs Upholstered in Red Linen with Button Tufting 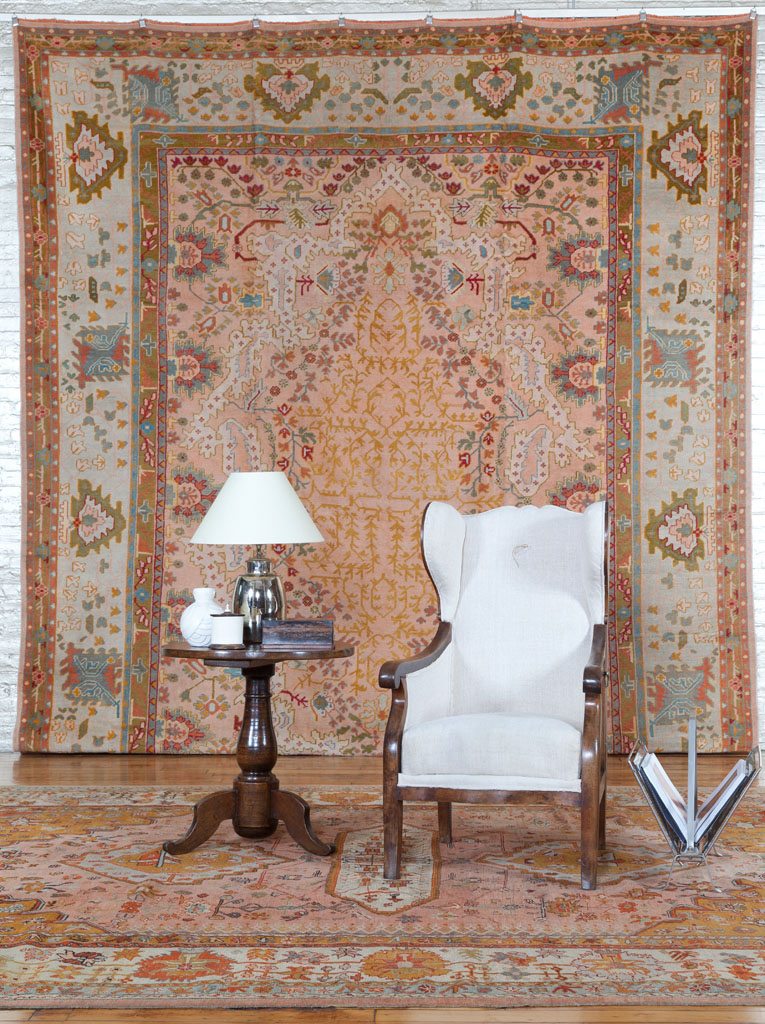 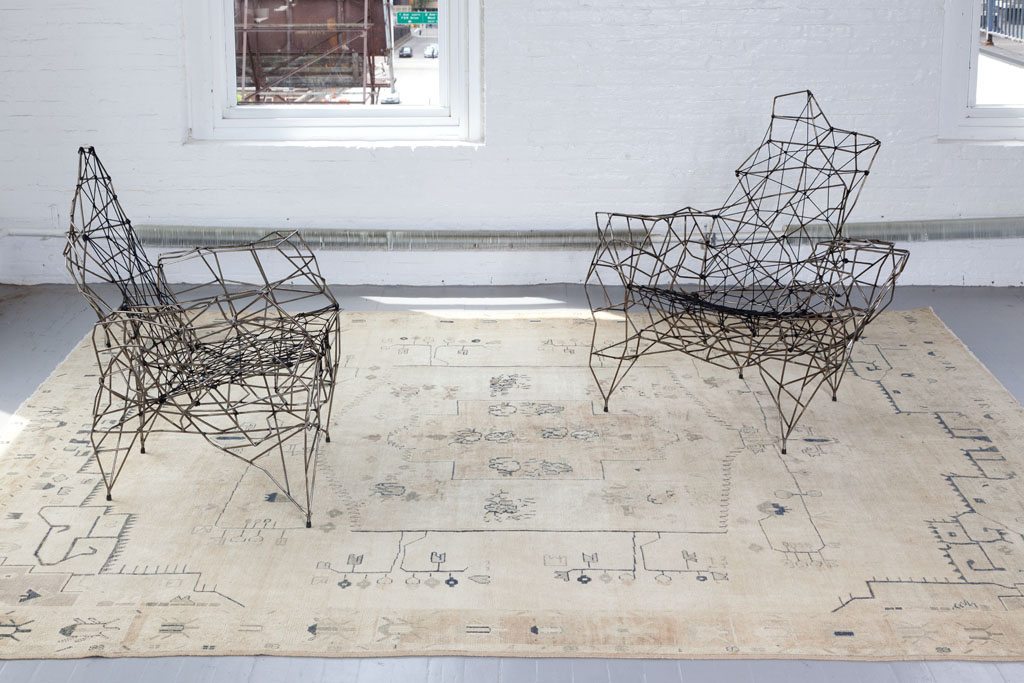