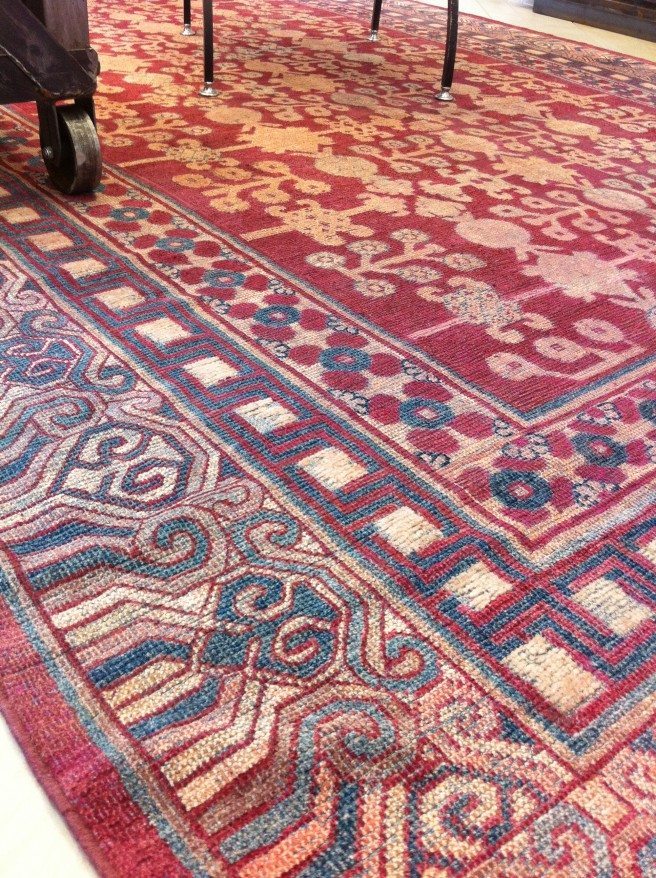 Hailing from the oasis towns in the East Turkestan region (the present-day Xinjiang Province in northwestern China), the patterns and designs of Samarkand rugs are a visual testament to the confluence of Chinese and Middle Eastern culture. 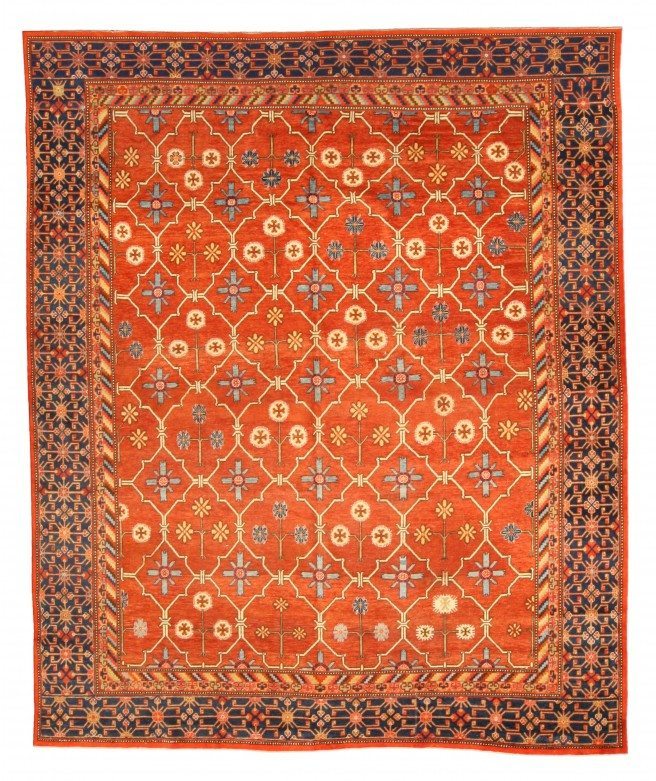 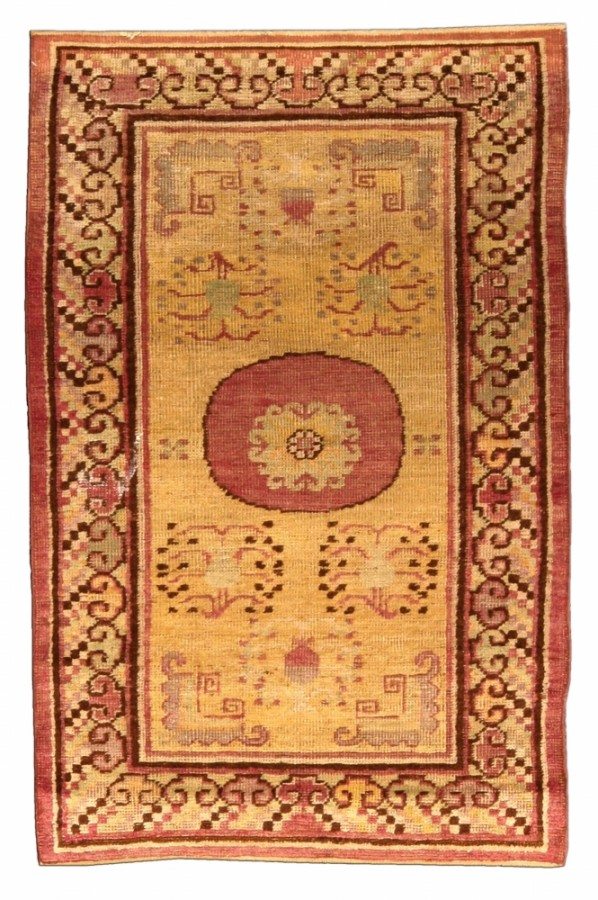 The name Samarkand comes from the eponymous city in Uzbekistan. Today, it’s one of the biggest cities in the country with a population of 708,000, but in ancient times it was an important stop along the Silk Road, connecting China and the Mediterranean region through trade. In his travels, Marco Polo described it as “very large and splendid.” 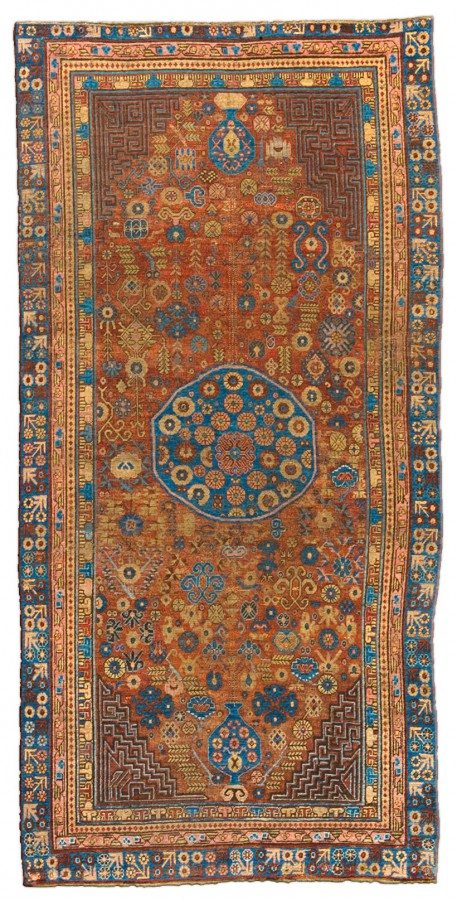 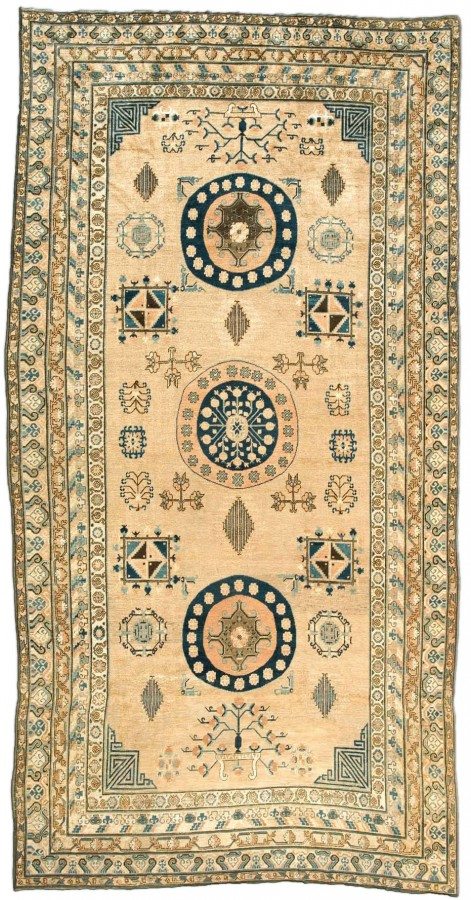 Sometimes “Samarkand” and “Khotan” are used interchangeably to describe this family of rugs. Both places were ancient cities in the East Turkestan region, with similar cultures and craft traditions. Today, Khotan is part of the Chinese Xinjiang Province and is more commonly referred to English as Hotan. Here is a picture of what it looks like today: 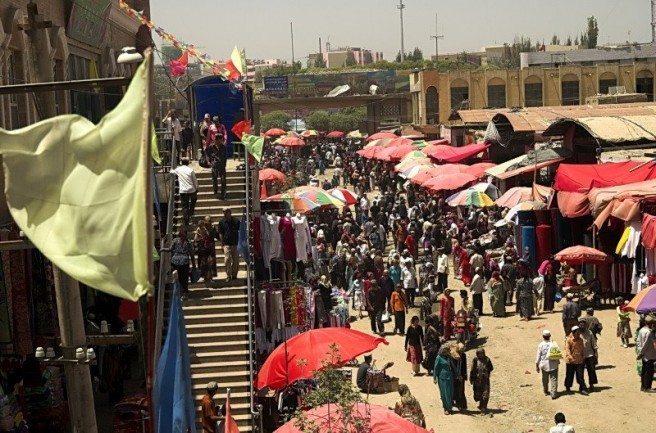 The production of Samarkand/Khotan rugs goes back to at least the seventeenth century. Typically, they are woven with glossy wool, but may also contain embellishments done in silk brocade or metallic thread.

Often, Samarkand and Khotan designs are heavily influenced by Chinese aesthetics, plus the recurrence of bright reds and yellows are another nod to the Middle Kingdom’s contribution. 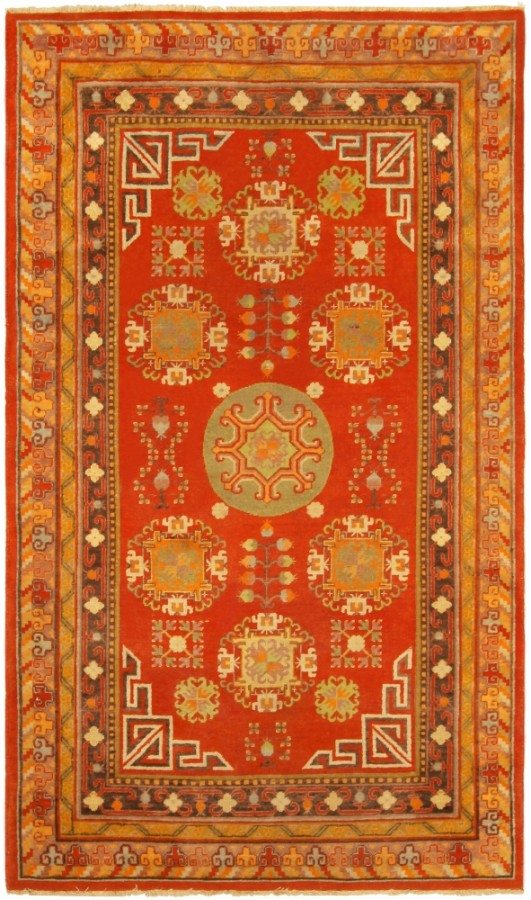 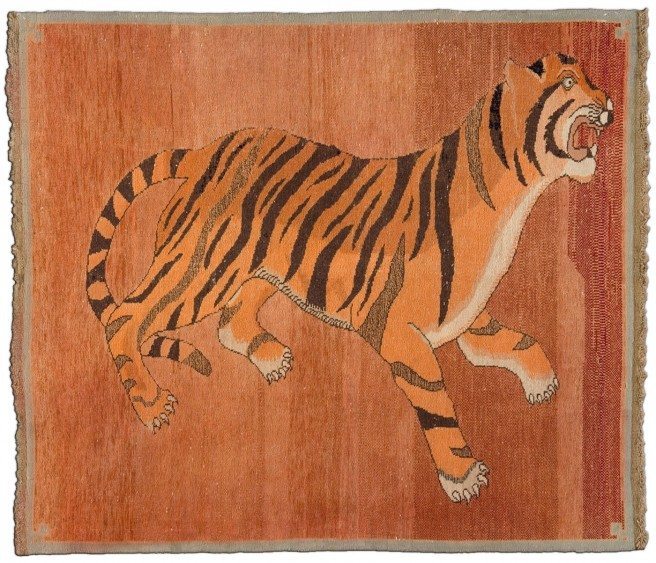 Turkish influence though can also be seen with the ornate borders, floral trellis work and pomegranate motifs that are also commonly found in Samarkand and Khotan rugs. 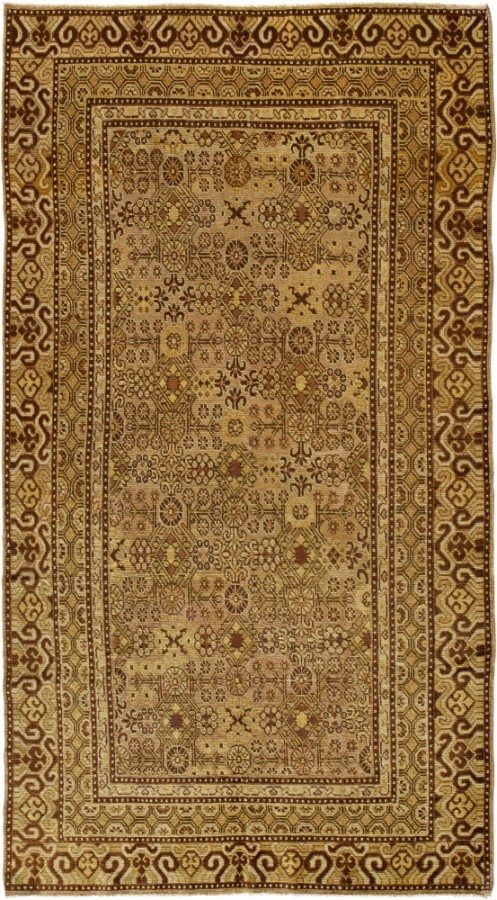 Nowadays, we often talk about globalization and cultural fusion as if it were a product of the Internet age and recent history, but Samarkand rugs are the beautiful evidence that artisans incorporated the inspiration and influence of their multicultural societies long before the days of email. See our full range of Samarkand and Khotan rugs here.