The French crafts designer and decorator Paul Follot is an Art Deco traditionalist. His first designs were inspired by the Neo-Gothic school. At the beginnig of the 20th Century, Follot co-founded “L’Art dans Tout”, a little known group of artists who fought fiercely for the French crafts tradition. These artists viewed themselves as threatened by the growth of industrialization, including German industrial design.

From 1910 a more reticent, classical style shows up in Follot’s work, a tendency that increased with the rise of European Art Deco. This vintage French European Art Deco rug by Paul Follot is perhaps indicative of these tendencies; while the look is certainly abstract and well within the confines of modern art, it focuses on nature, and a soft floral look in brown, beige and blue. The European Deco vintage carpet is a must-have for the selective collector.

Vintage rugs – they are essential objects of desire of not only vintage trend followers but all aficionados of beauty and sublime design. There is a good reason for such vast recognition as antique rugs nyc constitute the core of taste and artistry of the 20th century progressive thought. They are clearly defined by the past century’s celebration of new ideas, modern lifestyle and the Renaissance of all arts which happened about that time. The category of vintage rugs has many faces – there are numerous aspects such as historical period, style, fashion, culture, symbolism and philosophy which add up to form the dazzling array of vintage carpets. 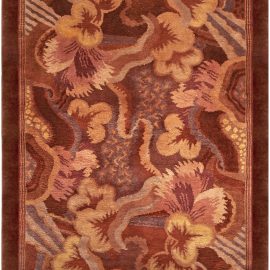