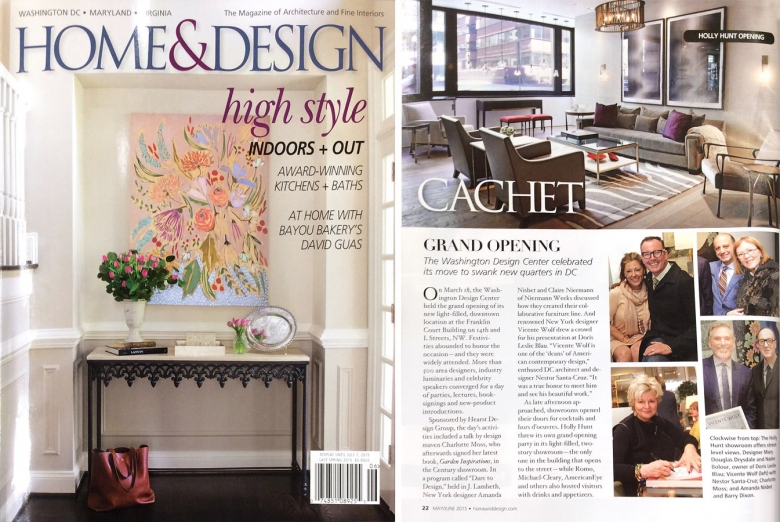 On March 18, the Washington Design Center held the grand opening of its new light-filled, downtown location at the Franklin Court Building on 14th and L Streets, NW. Festivities abounded to honor the occasion—and they were widely attended. More than 500 area designers, industry luminaries and celebrity speakers converged for a day of parties, lectures, book-signings and new-product introductions.

Sponsored by Hearst Design Group, the day’s activities included a talk by design maven Charlotte Moss, who afterwards signed her latest book, Garden Inspirations, in the Century showroom. In a program caned “Dare to Design,” held in J. Lambeth, New York designer Amanda Nisbet and Claire Niermann of Niermann Weeks discussed how they created their collaborative furniture line. And renowned New York designer Vicente Wolf drew a crowd for his presentation at Doris Leslie Blau. “Vicente Wolf is one of the ‘deans’ of American contemporary design, enthused DC architect and designer Nestor Santa-Cruz, “It was a true honor to meet him and sec his beautiful work.”

As late afternoon approached, showrooms opened their doors for cocktails and hors d’oeuvres. Holly Hunt threw its own grand opening party in its light-filled, two-story showroom — the only one in the building that opens to the street—while Romo, Michael-Cleary, AmcricanEye and others also hosted visitors with drinks and appetizers. 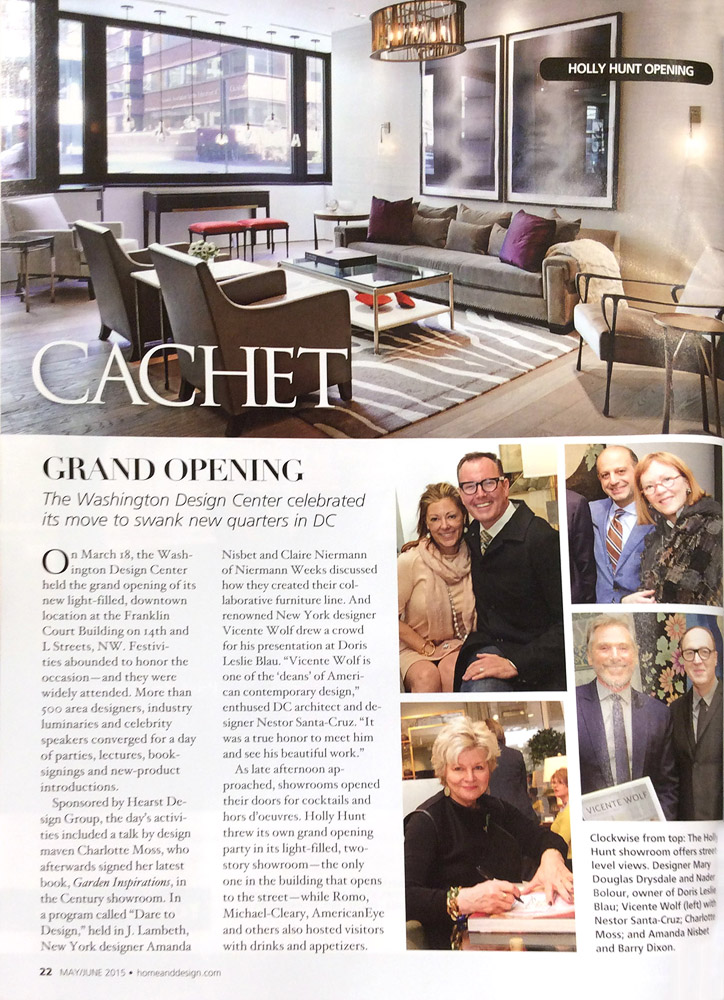 Unconventional Wisdom: Blau on the Art of the Carpet