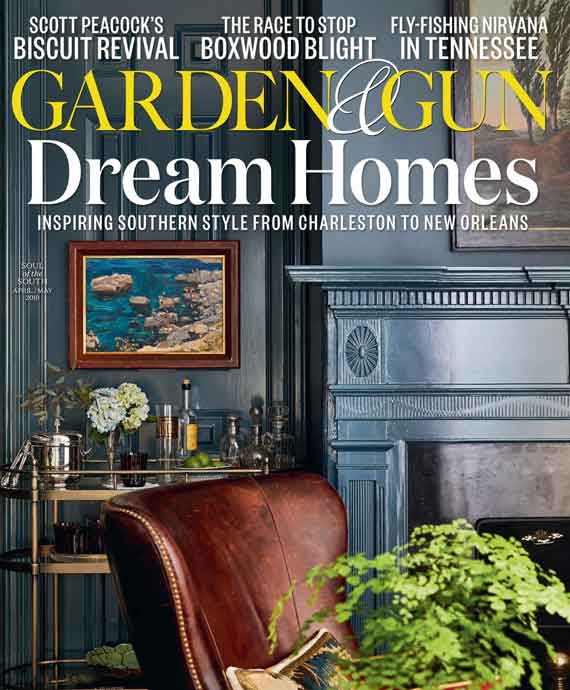 Inside a Private Retreat at Blackberry Farm 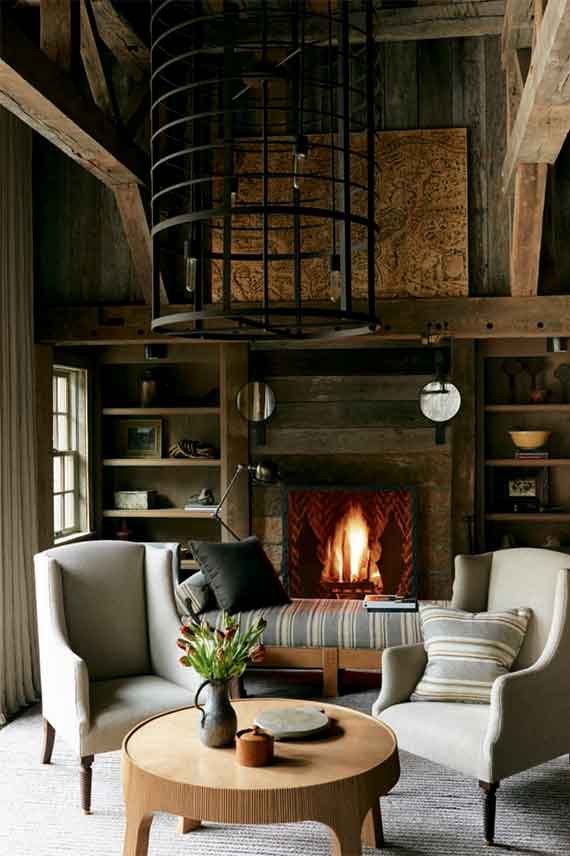 Years ago, an architect from Georgia and a designer from Virginia drove toward the green hills of Walland, Tennessee, to Blackberry Farm. They went past the main dining barn of one of the South’s most beloved resorts, through the white pines, and they imagined what kind of home they could grow there for their clients, a couple who had long loved spending time at the destination.

We’ve all gone on a vacation and imagined living in the spot permanently; it’s another thing to pull it off. The homeowners that the architect Keith Summerour and the designer Barry Dixon were heading to meet were not only going to follow through, they were doing so in arguably the dreamiest setting in the South—one open to only a precious few private residences. 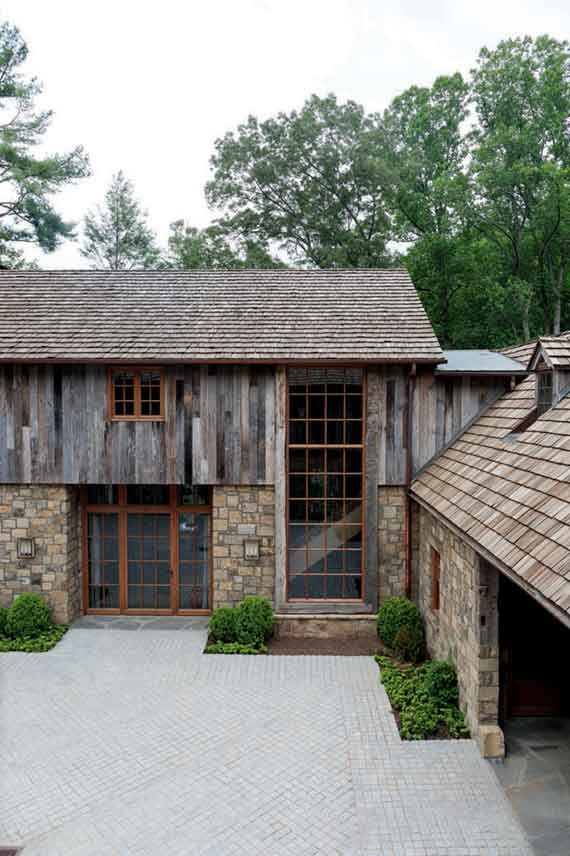 The front door opens to the cobblestoned courtyard.

A home, Summerour and Dixon believed—especially a home there, on a slope of untouched property with views of the Great Smoky Mountains—should belong in its locale. So over the next two years, every design decision went through the same test: Does the choice fit the room? Does the room fit the home? Does the home fit the landscape? From those questions came the answer: a rustic five-bedroom lodge outfitted in reclaimed barn wood from the surrounding county that looks like it grew from the Tennessee hillside, where the interior invites the outside in at every opportunity, and nature and natural light are exalted. That translates to nearly floor-to-ceiling windows in the forty-foot-wide living room that make you feel as though you’re in the woods when you’re sitting on a couch. An office looking out toward Chilhowee Mountain, white pines in every direction, that seems more like a tree house. And flooring that runs from limestone to white oak seamlessly.

The homeowners fell in love with the peace at Blackberry Farm on an anniversary trip in the early 2000s. They returned with their children, year after year, becoming

close with the resort’s owners, the Bealls. When the property initially opened land for residences in an area called Blair Branch, the couple was among the first to build what was then a getaway. But they soon dreamed bigger—of making a full-time home there, once their youngest child went off to college. Then a parcel on the main Blackberry grounds opened up four years ago, and they went for it. Now that their four children are scattered in different states, the homeowners hope Blackberry, where they created so many memories, will draw them back with their friends, and eventually their own families. 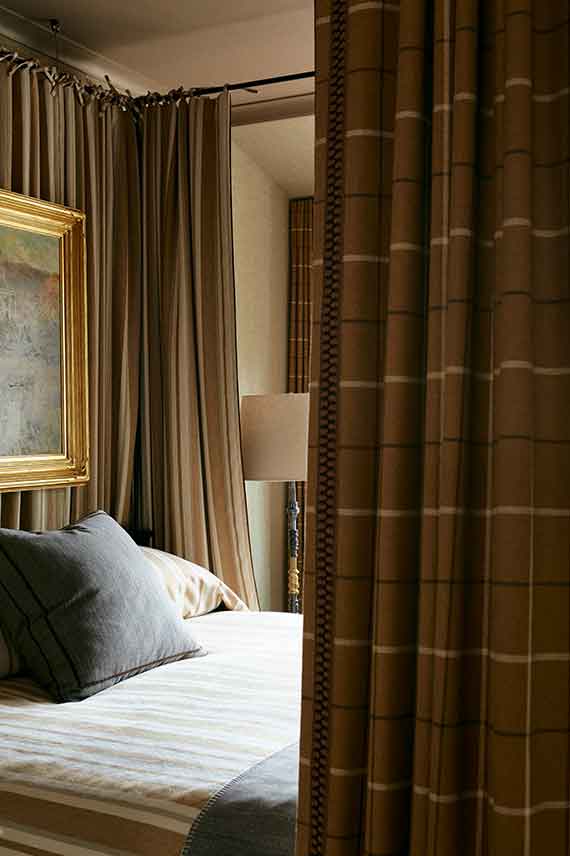 The magic of the home lies in its ability to sleep a dozen or so people when that day comes, but feel snug for two in the meantime. On a recent weekday afternoon, the weather was cool, so one of the homeowners escaped to a favorite space, the cozy “keeping room” off the kitchen; two of its walls open up to a big screened-in porch, and the pool and the terrace. Another wall features a fireplace and bookshelves, and a custom light fixture made out of rusticated iron resembling an old piece of barn machinery hangs above, between exposed beams of white oak. 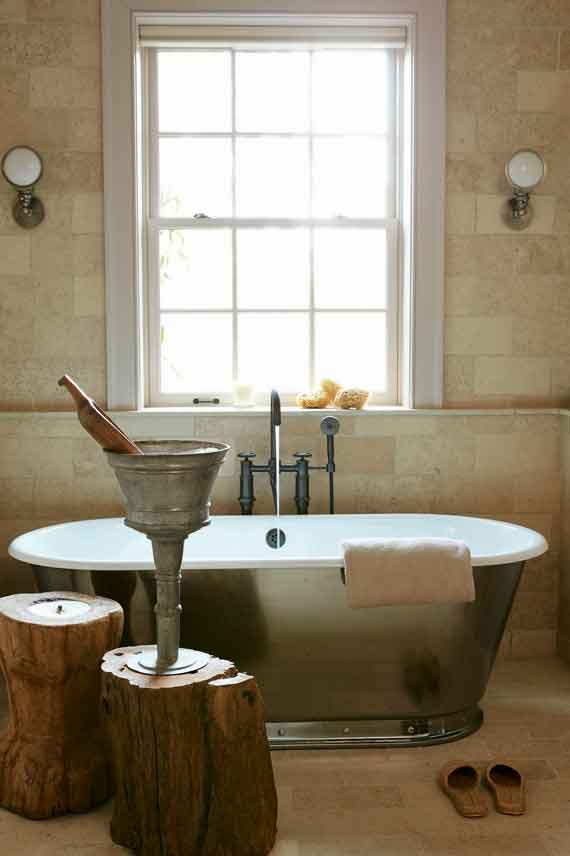 A bathtub with a burnished cast-iron exterior and a riveted base.

One-of-a-kind conversation pieces that speak to both Blackberry Farm beyond the walls and a sense of refinement abound—a gigantic painting of grazing cattle made with the French verre églomisé technique using the reverse side of glass, for instance, and in the strikingly beautiful stairwell, a three-story-tall chandelier that Dixon designed, crafted in collaboration with the Charleston, South Carolina, blacksmith Peyton Avrett. To Dixon’s point, those same careful details extend to areas beyond the main living spaces, from the mudroom for dogs to the downstairs game and movie rooms. “We wanted modern but elemental things that had a natural and handmade quality,” Dixon says, “so that this would belong here in the mountains, but we were bringing the rest of the world to the mountains, too.”

In every season, the house delivers on just that, along with lively conversation, merrymaking, and relaxation. Some days begin with coffee in the living room while looking out at the majestic view. In summer, spring, and fall, suppers are served on the screened-in porch, and the cobblestoned courtyard Summerour dreamed up is the scene of parties. But when the weatherturns cool, the homeowners find themselves drifting back to that small keeping room, where they can sit quietly and look up at those oak beams with the fire crackling, or have a chat in the kitchen, or gaze out into the mountains until it’s time to go outside.