The appeal of Sultanabads to Western eyes is not the result of random chance. In 1883, Ziegler and Co. of Manchester, England, an Anglo-Swiss manufacturer, importer, and distributor of Persian carpets, established a Persian carpet workshop in Sultanabad, Persia, an area now known as Arak. Intending to export to Europe and the United States of America, Ziegler and Co. employed designers from major Western department stores, such as B. Altman and Co. of New York and Liberty of London, to adapt traditional sixteenth and seventeenth century Safavid designs by making the designs larger in keeping with the style of the early Arts and Crafts movement and made the large area rugs for living room themselves larger to fit Western-sized rooms.

Doris Leslie Blau has always tried to bring the charm enclosed in Persian, antique rugs closer to people, closer to you. We opened our galleries in multiple locations in order to let you experience the sheer beauty of antique, vintage Persian, oriental rugs and carpets with your own eyes and hands. 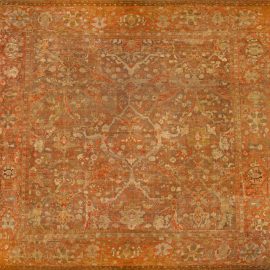