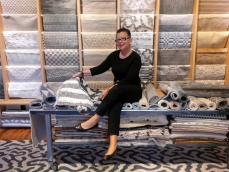 This fall marks a fresh chapter for the Washington Design Center, which will soon complete its move to a new location in the Franklin Court Building at 14th and L Streets, NW. The Center will welcome two new trade-only showrooms to the local scene: carpet purveyor Doris Leslie Blau and Romo, a British manufacturer of fine fabrics and wallcoverings.

Doris Leslie Blau gallery director Madeleine Mitchell says the company looks forward to filling a void by introducing a broad selection of rugs, including ones that designers can customize. “I’ve met with so many designers over the years who can’t wait for us to open our doors,” says Mitchell. Doris Leslie Blau, which has three showrooms in New York, also offers an extensive collection of antique and vintage rugs from around the world.

Founded in 1902 by Robert Mould in Nottingham, England, Romo is now run by his family’s fifth generation. In the 1980s, the company launched its own in-house design studio. Now, says Romo USA chief executive officer Frédéric Henry, “We operate six design studios, each with a different aesthetic and point of view.” 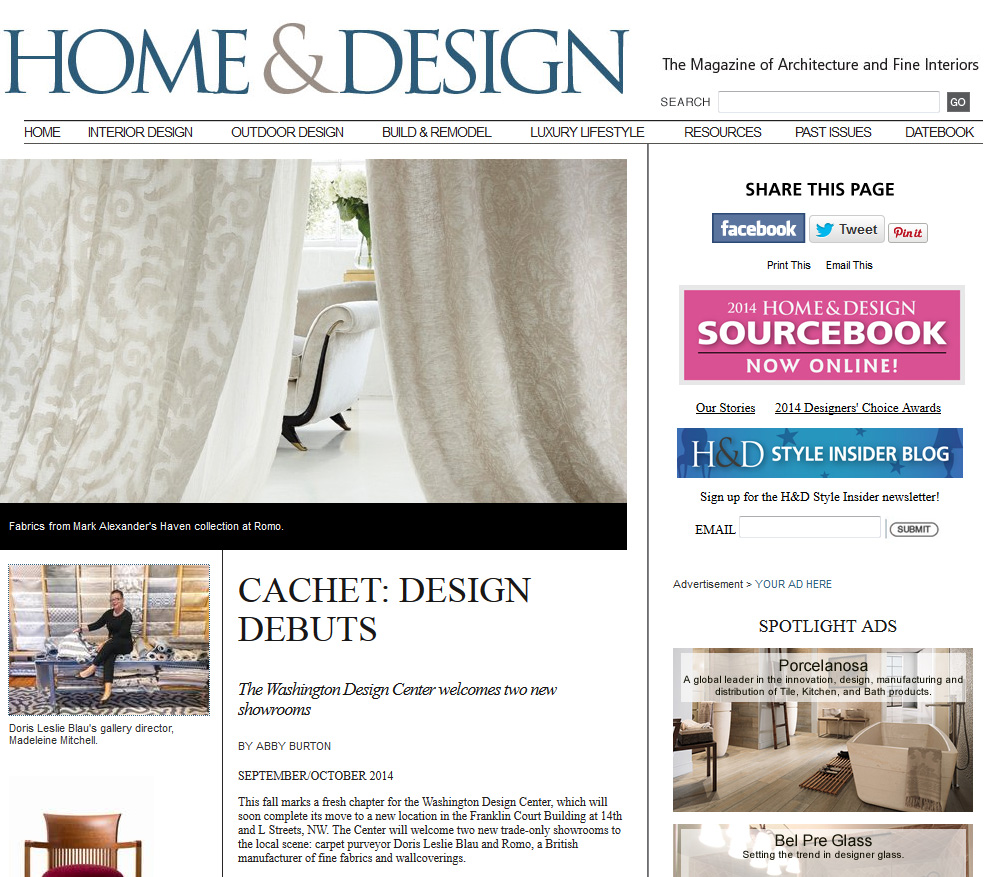 How to Select an Antique Rug