Amazigh, the proud riders – for the vast majority of us simply known as Berbers – mostly inhabit Morocco and Algeria. Berber population can also be found in Niger, Libya, Mauritania, Tunisia, Burkina Faso and Egypt. These are the indigenous people of North Africa who live in villages and prosper well thanks to local industries, among which weaving and embroidery are very common ones.

Berbers are believed to be nomadic, but this seems to be only partly true: some of them lead a nomadic, or semi-nomadic lifestyle, others – as was said before – settle in small villages. The history of this tribe includes the fights against invaders, who strived to colonize them. But despite Roman, Arab and French invasions, Berbers were not only successful in preserving their culture but they defended their land as well. Whatever influences were imposed on them, Berbers somehow managed to keep their rituals and customs alive. The autonomy and pride of their tradition and heritage can be noticed in every aspect of life. Since Berber is the term introduced by Arabs in the 7th century, they call themselves ‘Imazighen’, which means ‘free men’ in the indigenous Tamazight language. ‘Amazigh’ is the plural of ‘Imazighen’. While foreigners tend to use the notion ‘Berber’ exclusively, for Imazighen it has purely pejorative connotations, also because of its associations with the word ‘barbarian’.

As the natural division of family responsibilities allowed, men of Berber tribe used to provide food, while women were engaged in handicraft, which was not only for their personal use but also for sale on local bazaars. Traditionally, kilims were woven by Berber people. They had wool and cotton for their disposal, as well as plants from which they could obtain some dyes. What may come as a surprise, the rugs started to be created by Imazighen as early as in the Paleolithic era! They used natural fibers and the hand spun cloth was always named for the tribe. 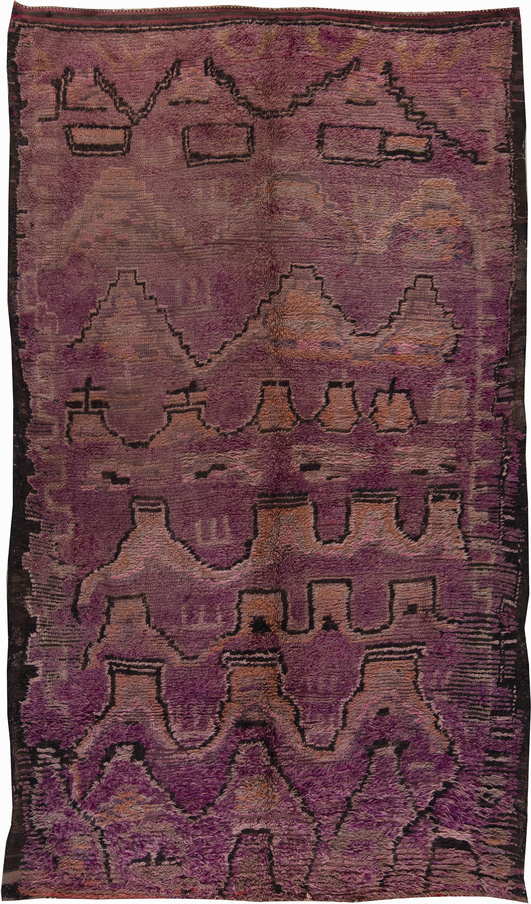 Today, we can still buy a genuine Berber rug which was handmade by Berber woman, but as in the case of every product, these rugs are also mass-produced. In order to imitate the traditional Berber carpet’s distinct knot, they are of loop-pile construction. Besides, on the light background some dark specks can be noticed – and this is one more trick to make the modern versions of these rugs imitate a natural undyed Berber rug. Handmade Berbers are produced from natural materials, while modern versions use nylon, olefin fibre or wool. As for designs, on the former ones some culturally-related patterns can be found. A mixture of colors or uneven shapes (mostly stripes, but also geometrical patterns like triangles or diamonds) is typical for the latter ones.

The Atlas Mountains are inhabited by seventeenth different Berber tribes, who are known as Beni Ourain Moroccan tribe. Various Moroccan tribes are associated with slightly distinct designs, but Beni Ourain’s simple style rugs are very characteristic. These are dark lines that form uneven shapes on the cream or while background.

In the past, the practical reasons were much more important as far as the rugs are concerned. People wove carpets to make their lives easier. Indeed, rugs proved to be helpful in the climate of North Africa. While light flat-weave cloths protected from the heat of Sahara, in the mountainous areas rugs served as bedspreads or blankets. With the passing time, the aesthetic reasons started to be considered equally crucial. The designs were very symbolic and often referred to the past, passing down the customs and myths of Berber’s ancestors.

Moroccan Berber rugs would most probably charm everyone because of their simplicity of designs which by means of symbolism convey particular aspects of everyday life, as well as some history of Berber tribe. 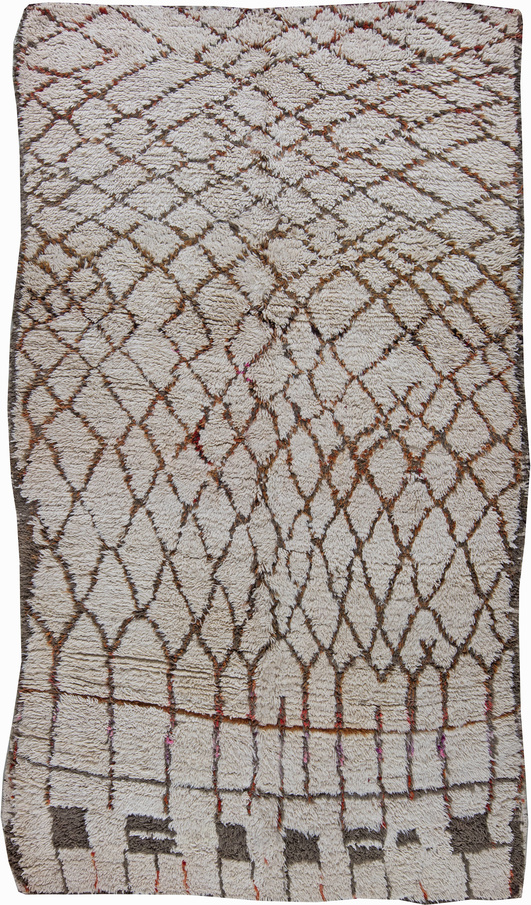