From Cali-cool, through urban Paradise, to elegant eclecticism – the year 2016 pampered us with some really glamorous interiors. Design aficionados have opened their stylish doors, so let’s not miss that chance and come to see the hottest abodes of the past year.

1. The Edinburgh Tangle of Tradition and Modernity by Juan Carretero

In the magical city of Edinburgh the medieval and neo-classical buildings of the Old Town mix with the ultra-modern vibe of the outer rim. It is there where designer Juan Carretero took a traditional, classic apartment and gave it a modern edge. 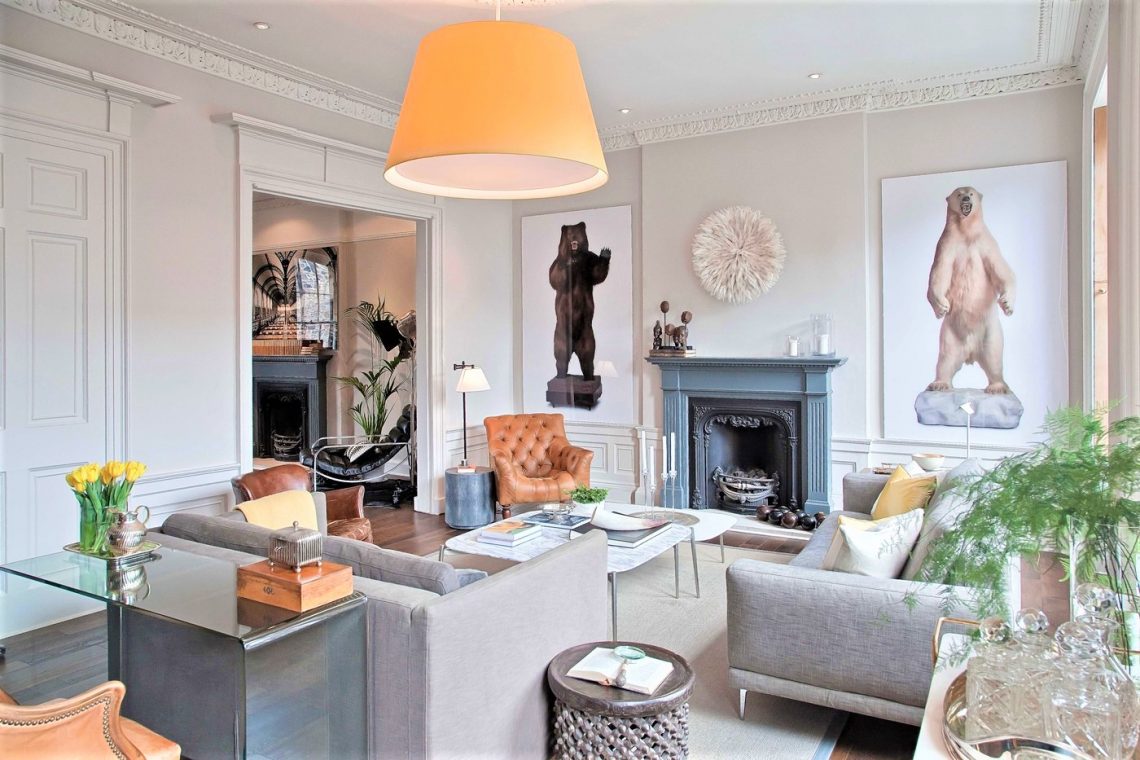 He made the most of the spacious, high-ceiling rooms to bring in as much light as possible. Most walls are painted warm gray but in order to enliven the décor, the designer insisted on pronounced flourishes of color.

“He was very persuasive about the huge yellow lampshade. He believed this would represent the sun that he didn’t think we saw enough of in rainy Scotland—which is not true, of course!” – says the husband.

A Le Corbusier-like leather reclining chair standing on a cowhide by a film lamp is in our spotlight – what a set! A shaggy cowhide can also be found in the bedroom, isn’t that cozy? 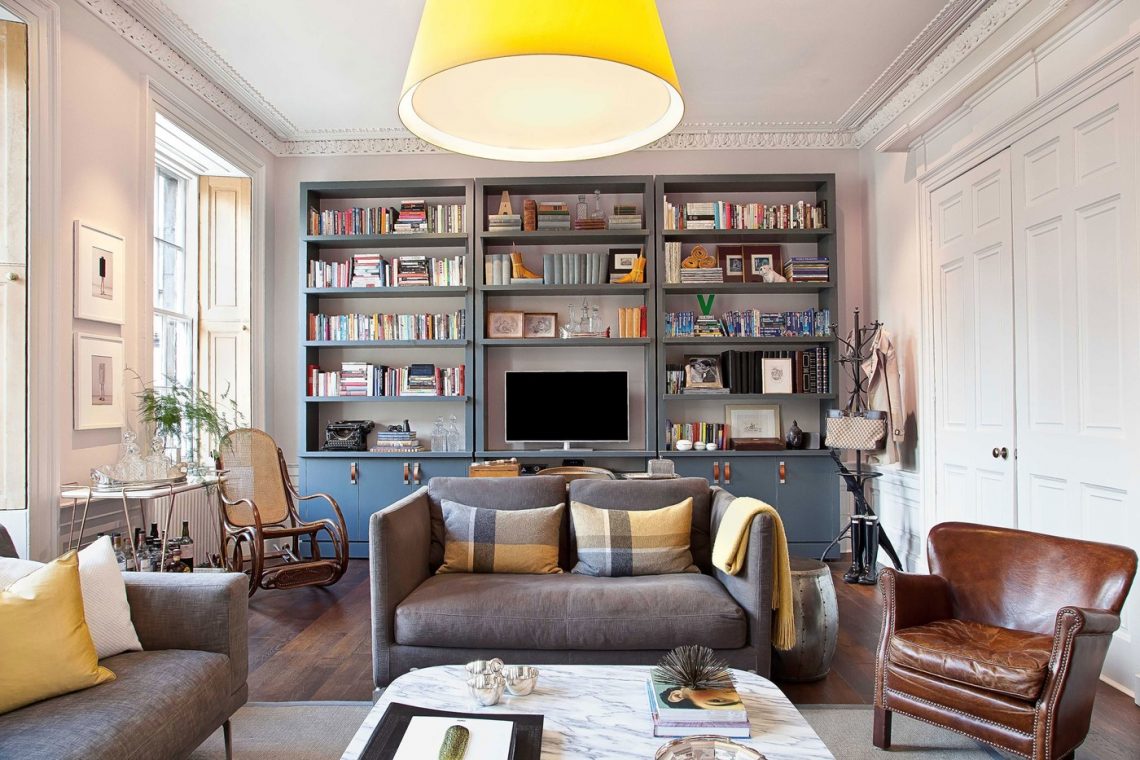 Mom, actress and decorator – Brooklyn Decker really does not have time for boredom. The best part is that whatever she touches turns into gold.

We can tell! The dashing five bedroom, five-and-a-half bath mansion is entirely crafted by her art-saturated self. However, the interior is far from being “artsy” or girly. She concentrated on her and her husband’s way of life and Texan attitude to come up with the perfect formula for the arrangement of their Southern living space. 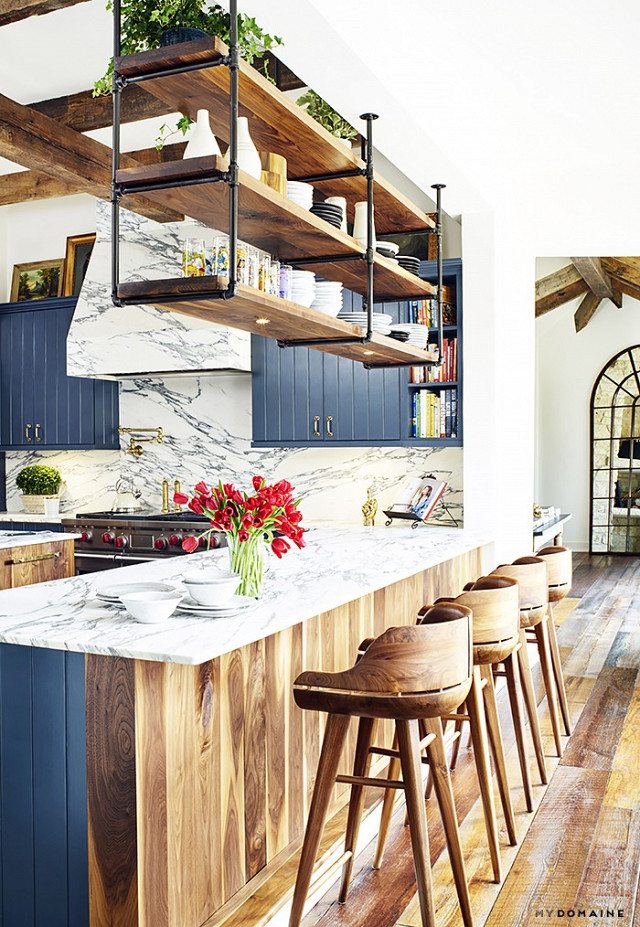 By taking what they both like most (including entertaining and their two bulldogs), she created a slightly masculine, elegant yet homely décor. It is full of aged, natural wood, marble, leather accessories, native-American art and alluring accents of indigo. Y’all come to see this!

3. The Accented Walls of Brooklyn Duplex by Danielle Colding

Styling a neutral home can be quite a challenge as the line between simple sublimity and utter monotony is extremely thin. Yet, Danielle Colding knows exactly how to balance clean spaces with feisty additives to obtain chic, character-filled interiors.

In her Brooklyn project, the designer went in the direction of highly decorative wallpapers.

“In each space, the wallpaper serves as the catalyst for the design of the space as a whole. Whether dynamic or subtle, it is integral to the design direction for every single space” – she states. 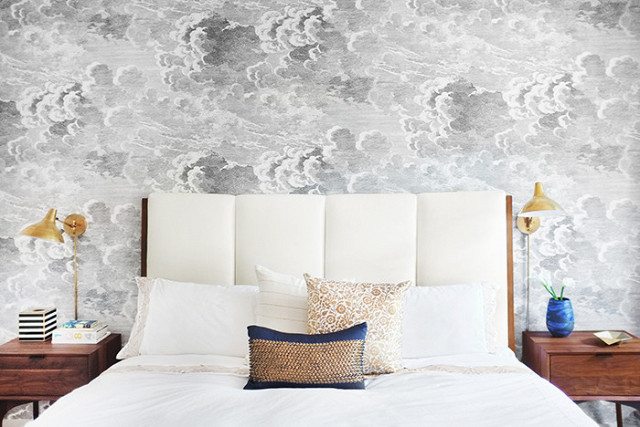 Due to the gorgeous black wallpaper on the ceiling of the living room, she managed to bring more proportion and coziness in without losing the dramatic effect of the considerable height. The floral motifs on the staircase look like a graceful reflection of fresh flowers on the dining table.

In the sleeping areas, Danielle gave up black for the lighter beige and gray shades. Here, mingling textures step to the forefront of the design to spice up the moderate color palette. Our attention was drawn by the modern, nature-inspired carpet which corresponds with watercolor-styled walls.

Being a rare Bird of Paradise, Rory Rockmore built his dazzling nest in Downtown LA with flying colors. Filled with animal prints, living plants and crazy hues, the apartment is literary the urban jungle. 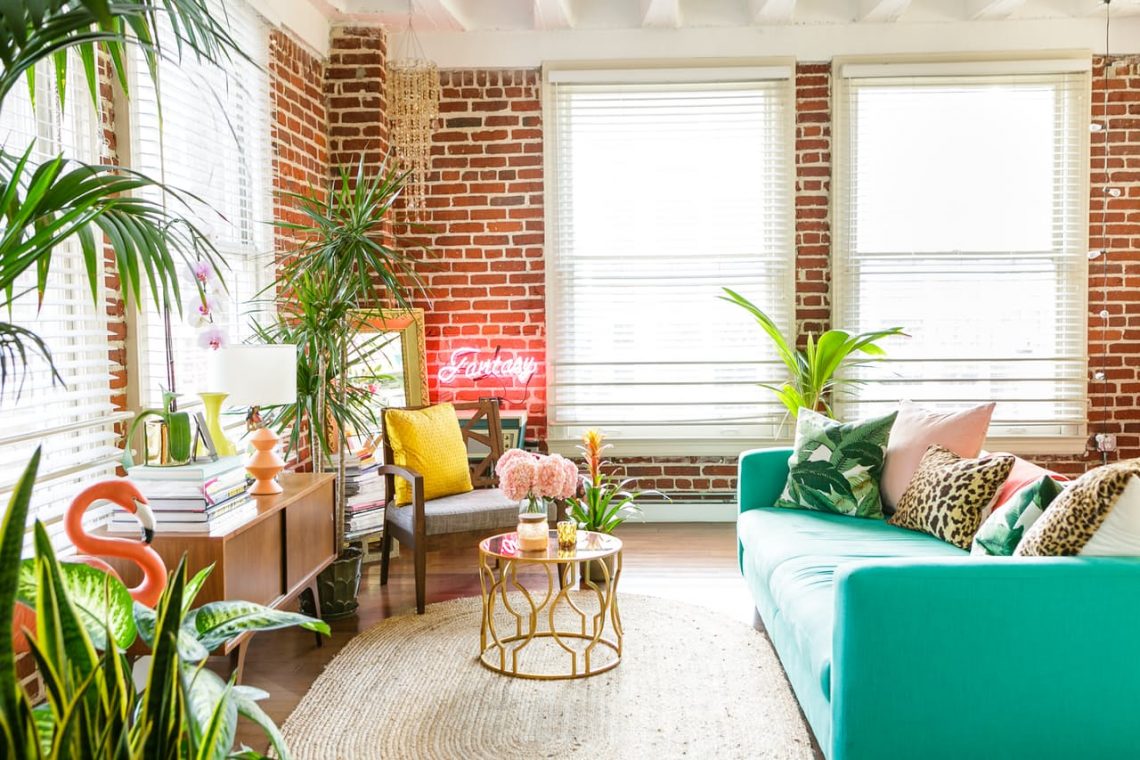 Rory, the fan of design and the Creative Director for NCLA, does not shun color pink and flashy, over-the-top accessories.

“ I’m really drawn to mid-century modern anything, infused with gaudy and the overdone, and a sprinkle of white trash.”, as he candidly admits.

His blatant style strikes from first glance but it knocks off feet in a definitely positive way! The deep turquoise couch delivers both comfort and character to the living room. 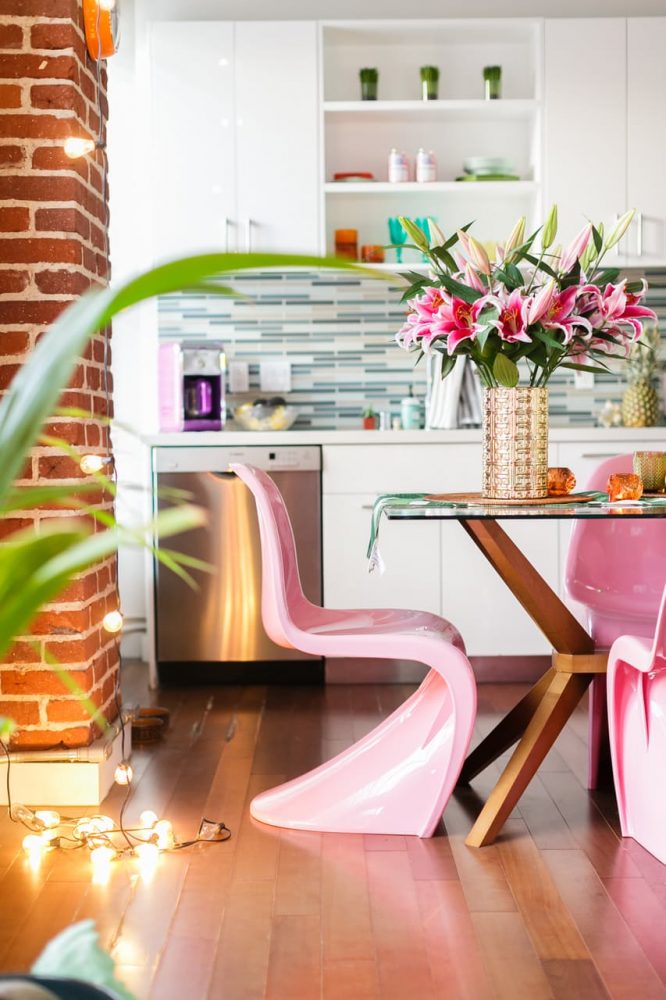 What immediately draws attention are fabulous neon signs which seem to perfectly describe Rory’s interior. One says “Fantasy” and the other one – “Paradise”.

Experience the Nature of Eskayel Design