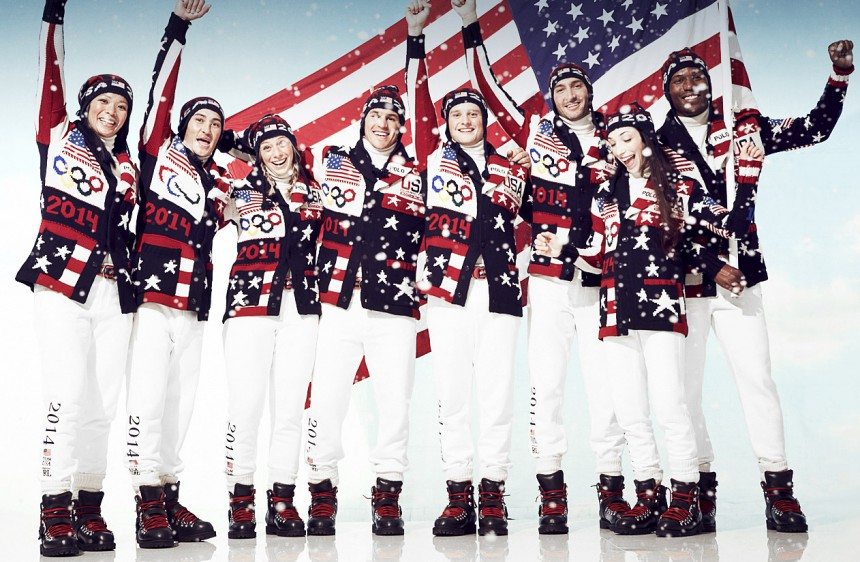 The opening ceremony in Sochi wasn’t even over before my Twitter feed was glutted with ugly Christmas sweater jokes about Team USA’s Ralph Lauren uniform. There’s something about the Internet that makes us thrill to any opportunity for gleeful derision.  It’s somehow more appealing to type “OMG – how awful!” than something more considered and thoughtful.

As a whole, and with a few notable exceptions, the opening ceremony uniforms were forgettable. Even countries that are usually more fashion-conscious that the US (France, Japan) went with middle-of-the-road styles that hardly spoke to a sense of national culture.

For those who quickly panned the American outfits, I wonder if it would have mattered to know that each sweater took 12 hours to whip-stitch? Would it matter that the California-based husband and wife team who designed them took pains to produce something uniquely American? Knitting is an integral part of our textile heritage, so then is all Americana ugly? In spite of all the booing, the same sweaters were auctioning for thousands on eBay by last week.  But gauging design value based on dollar signs isn’t any better than gauging it by Internet comments. 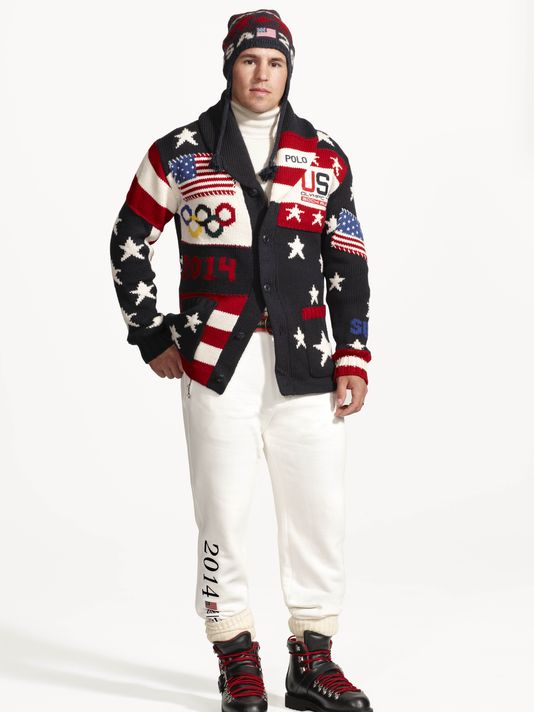 I suspect the great sweater controversy is mostly confined within our own borders. Other countries care less than we do about the uniforms, and the ironic/nostalgic ugly-Christmas-sweater preoccupation is an American cultural invention.  It would be much harder to draw the insulting comparison if the spate of themed holiday parties from two months prior weren’t still fresh in our minds. Those purportedly unlovable Christmas sweaters have become so popular in recent years that pop-up shops selling nothing but holiday sweaters appeared at intersections in my city (Austin). I stopped by one, it was extremely busy.

I do not think the Team USA sweaters look like ugly Christmas sweaters. However – not unlike Christmas sweaters – here are three words I would use to describe them: Festive, friendly, fun. The Olympics are supposed to be about building goodwill among nations. So isn’t it nice that we sent our athletes wearing an outfit that’s unmistakably American – one that invokes a sense of cheerfulness and approachability? That’s a great message to send about the United States and American culture. Why forsake it for something sleek, toned-down and homogenous? Would it really have been better to send our team dressed in something you can buy at a mall? 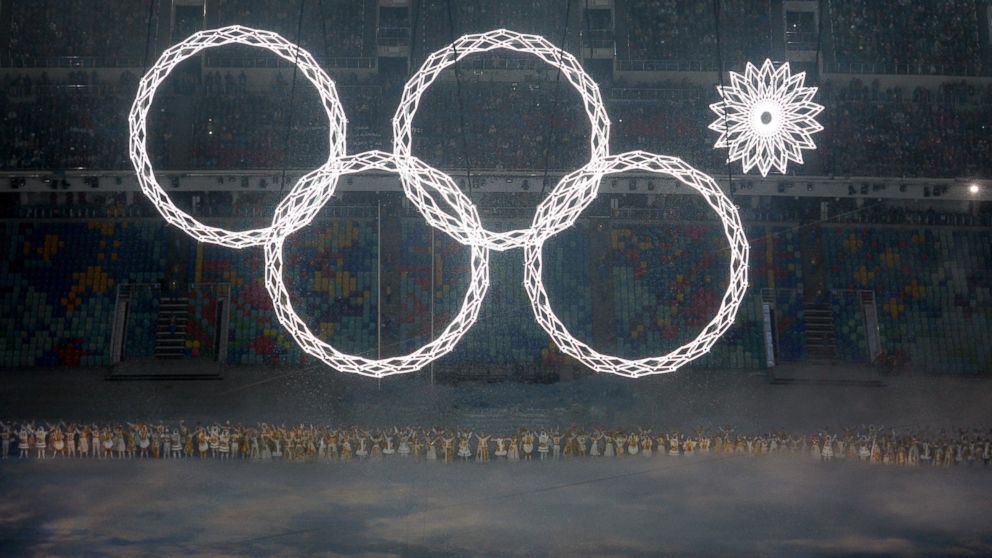 Of course, the sweaters weren’t the only instance of viral teasing this Olympic season. Host country Russia has probably taken the most heckling. In the weeks leading up to the games, there was a slew of articles on Olympic construction beleaguered by corruption. Then the journalists got to town and confirmed that Olympic hotels were “hilarious and gross.” When the fifth ring didn’t completely light up, it seemed almost fitting.

Most of that criticism was deserved. The Putin regime should be called out on its crony capitalism and poor human rights record. But nations are more than their lousy governments. It would be nice to cut through the negativity and noise for a moment and remember Russia is so much more than its present politics. Yes, it may be the progenitor of some very shoddy Olympic architecture, but Russia also gave us Saint Basil’s, the Kazan Cathedral and many other grand, onion-domed monuments. Russian design isn’t just commendable on its grandest scale, the ornate wooden trim on traditional wood houses found in Siberia is absolutely stunning. The legacy of great craftsmanship will continue to have impact long after we’ve forgotten the construction debacle leading up to the Sochi Games. 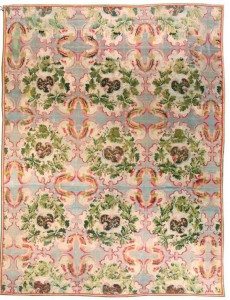 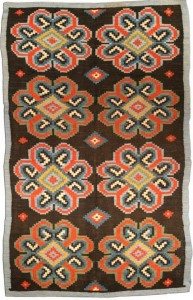 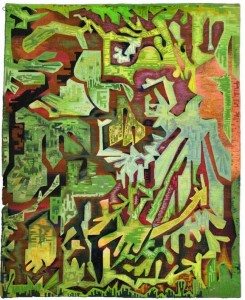 Of course, here at DLB we’re all about textiles and so a hat tip to the history of Russian design would not be complete without a look at the region’s beautiful weaving tradition. We have a lovely collection of Bassarabian carpets. The regional aesthetic blends folk motifs with ideas borrowed from French carpets, as all things French – language, food, design – were once widely admired and employed among Russian aristocracy. The result was a blooming, vivacious genre of rugs and flatweaves.

None of this is to say technology is bad or Twitter-based criticism is invalid. It’s simply a reminder that the metrics of cultural flashpoints aren’t the best standards by which to judge design. Great design is deeply thoughtful and so too should be our criticism. An opinion informed by knowledge, history and cultural context will always afford better judgment than an opinion based on a critical mass of low-information blogs and tweets.

Due consideration for an often overlooked design element