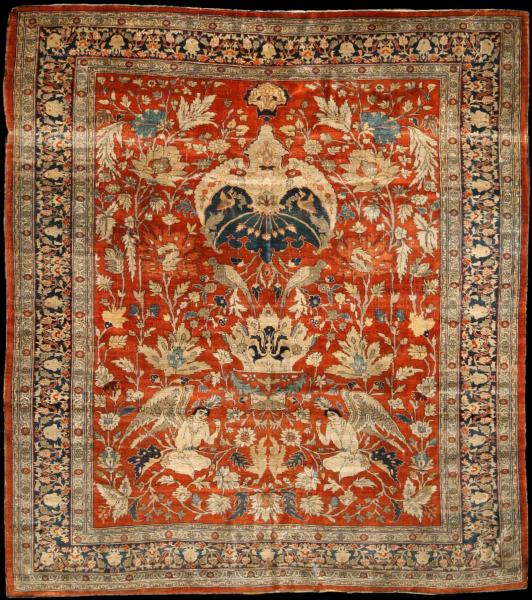 One of my favorite rugs, this is a classic “Wak Wak” (pronounced “Vak Vak”) rug.  Wak Wak is Persian, and when dealing with rugs, it refers to “fantasy.”

Fantasy rugs are extremely rare.  They’re often silk, and either from Tabriz or Heriz Iran. The history of such rugs stems back many centuries, and the quality is outstanding.  Production of these carpets ceased around 1900, and they are almost never seen by the public. 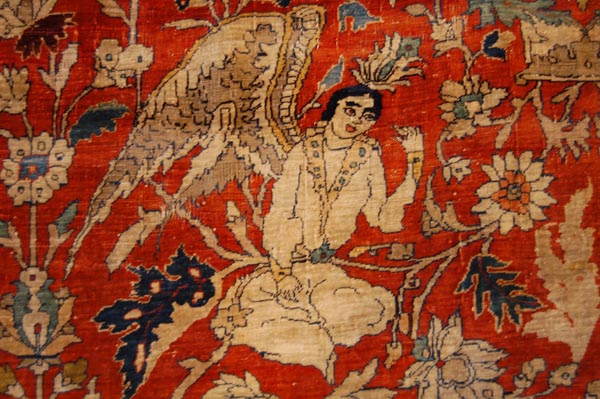 Some find this rug crude and nai”ve in its motif.  Personally, I am captivated by the rich layers of fantasy woven into the carpet.

The angels amuse me.  They are not kneeling in awe, but seem quite comfortably settled, sitting airily among the gorgeous flowers and leaves around them.

Their hands point upward toward the crown, and they wear elaborate flowers on their heads.  While angelic, their mischievous smiles make me think they are in on a joke we were never told.  Or maybe they’re gossiping about the birds above. 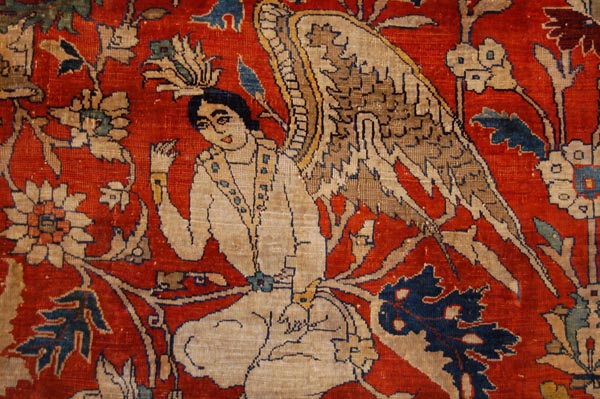 Their white robes seem to be made of flowing silk, tied with a blue belt.  But how could anyone have a waist that small?  As I said, this is fantasy. Persian rugs often use white as a color of purity.

Traveling around this rug is like floating through an exquisite garden.  I like the angle of the huge blue leaves that float just beneath the angels.  They are half-turned, as if they are blowing in some celestial wind. 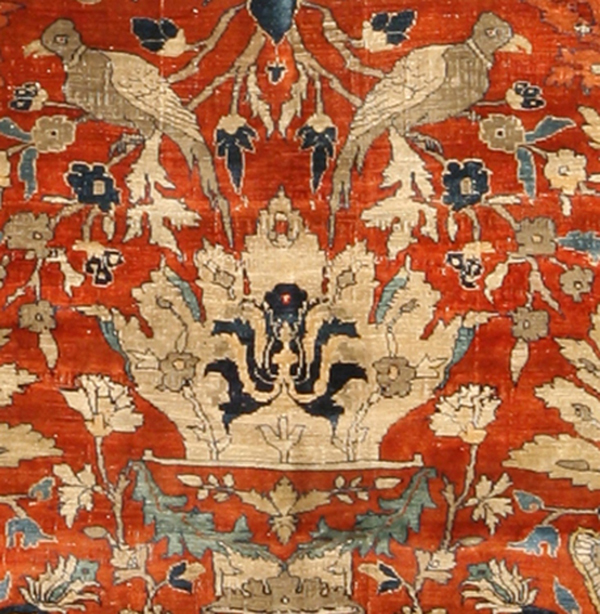 Many of the cream-colored flowers unfold up like a crown, and indeed, just above the angels there is an elaborate crown, floating on blue garlands and what looks like a stately birthday cake.

They are the only creatures in the rug that seem indifferent to their surroundings.  They may have job security, but they look slightly bored with their duties.

Perhaps they think we humans, sitting and analyzing the patterns of carpet on which they live, are for the birds. 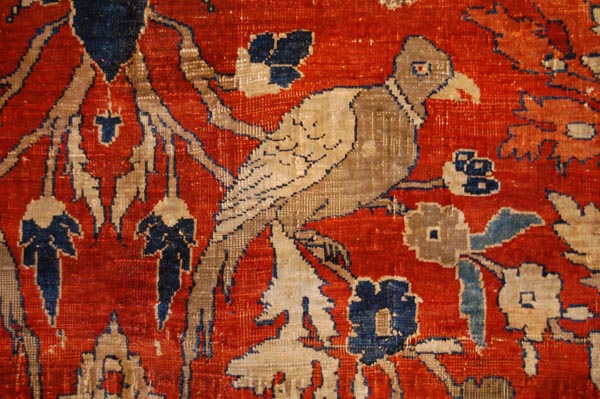 Royal blue is used very carefully in this rug to direct the eye towards the intricate canopy at the top.

Blue dyes were quite expensive at the time, so those who could pay for such lavish color were demonstrating their wealth. 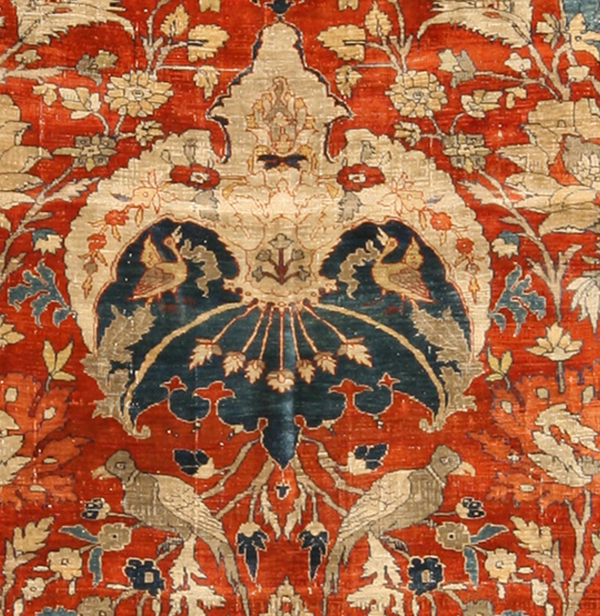 This crest truly is fantastic, made of flowers, rich blue designs, and two very chirpy birds.

Is this the canopy of heaven? The most gorgeous hot air balloon you’ve ever seen?

And what is the meaning of the seven flowers flowing from the center tree? 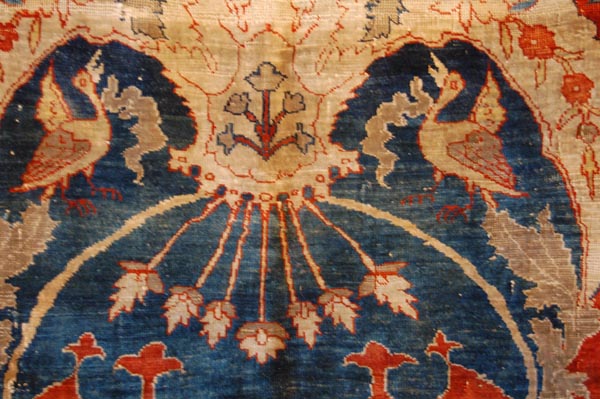 I don’t know, but gazing at it makes me smile as I try and tease out the meaning woven by artists centuries before me.

The whole rug is almost like a fountain in mid-burst.  Intricately detailed cream leaves intertwine with royal and pale blue flowers, shooting towards the top.

Like a heavenly waterfall, they then flow down to the bottom of the carpet, leading us back to the amused angels.

To me, this Wak Wak rug is extraordinary with its gorgeous colors and rich layers of fantasy.  What kind of mischief are the angels up to?  What do you think?

Carnival of the Animals