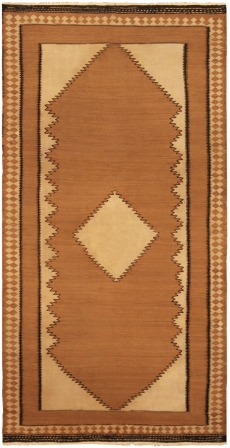 As the name suggests, Tribal rugs are produced by the tribes of a region. They were primarily produced for domestic use but later, due to the popularity of these rugs, commercial production started. There are no standard designs or dimensions for these rugs. Such parameters depend solely on the weaver’s community. However, being woven in different locations, most of these rugs make use of natural dyes with simple designs.

Tribal rugs and their variety

These rugs have a strong following due to their natural beauty and aesthetics. Some of the famous tribal rugs are Kurdish Rugs, Turkmen Rugs, Turkish Rugs, and Persian Rugs. All these tribal rugs have their indigenous traits and design motifs. Kurdish tribes frequently use geometrical design motifs in their rugs which are woven using coarse knots. Turkish rugs, on the other hand, have more in common with their Persian counterparts with their floral designs and finer weaving.

They are in high demand in international markets and are exported to all parts of the world, mainly from the Far and Middle East. Tribal rugs are now available in a range of varieties and sizes although most often you will find tribal rugs in small and medium sizes because of the difficulty for tribes in carrying large looms.

According to experts, tribal rugs played crucial role in spreading the art of carpet weaving to other parts of the world. These rugs also played a vital role in preserving the cultural and traditional motifs of many tribes and allowing them to be shared with people all over the globe.