Which one of us never dreamt of being a princess or a prince? Or a duke at least. Though America is truly attached to its independence tradition and tremendously thankful to the Founding Fathers for cutting lose from the Crown, the royal dream is still there being brought to light from time to time. And to no surprise. Who wouldn’t like to live in a castle and be attended to by servants? That’s because castle alludes to royalty and royalty means being special, the chosen one, powerful, anointed by God even. So would you be inclined to acquire a castle for yourself or make your home look like a castle from the outside or the interior? If you asked me, well… I would be delighted. 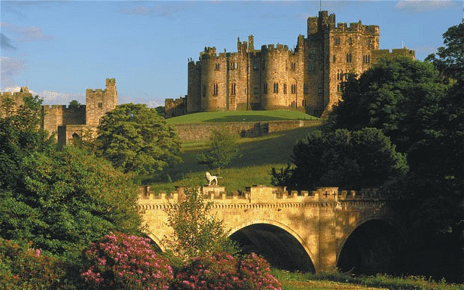 Alnwick Castle, United Kingdom, known as ‘Windsor of the North’. It is famous for being filming location for several outdoor scenes of ‘Harry Potter’. The castle is still inhabited by the Percy family who has owned it since 1309. 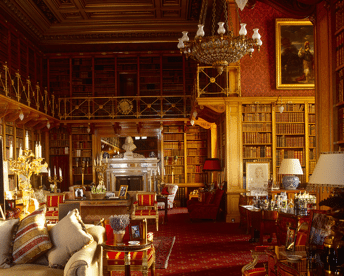 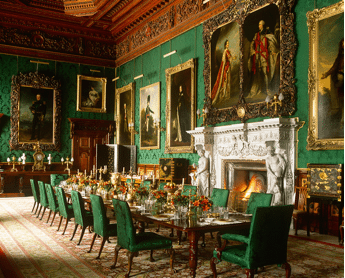 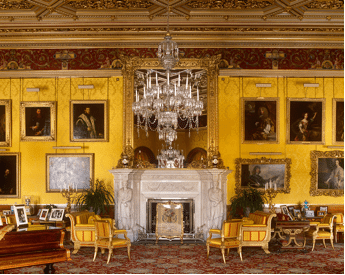 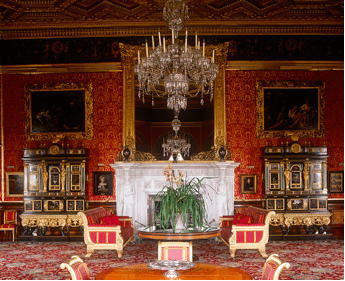 What we see here is the amazing interior of the castle – library, dining room, saloon and drawing room. These carpers are simply stunning.

Our Antique English Rugs and Vintage Spanish Rugs are kept in the same royal scarlets and crimsons. 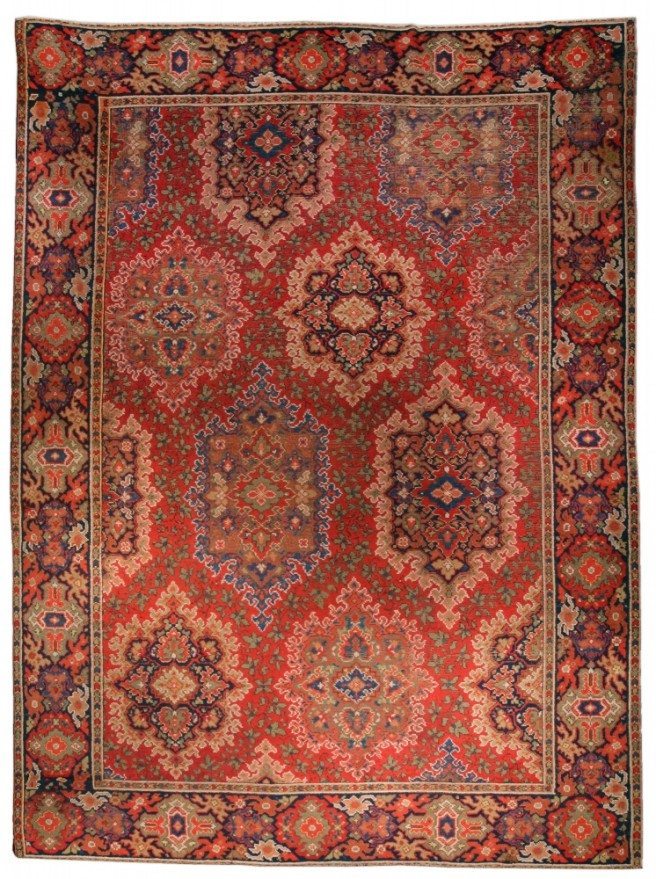 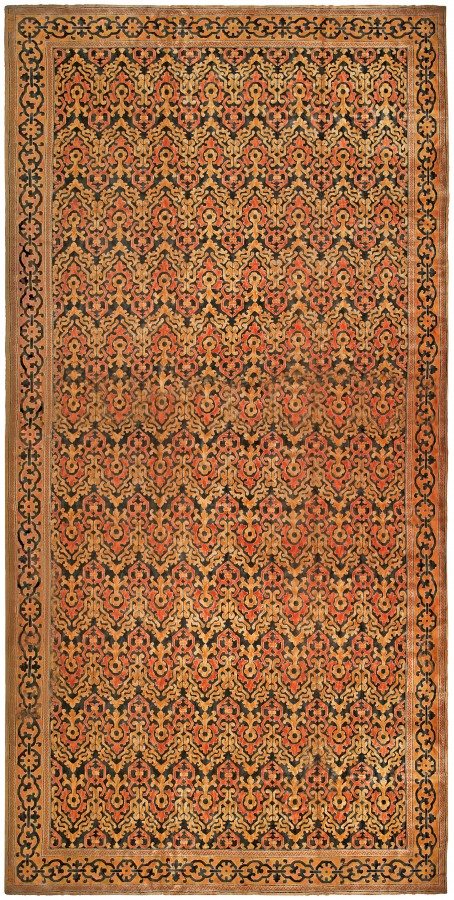 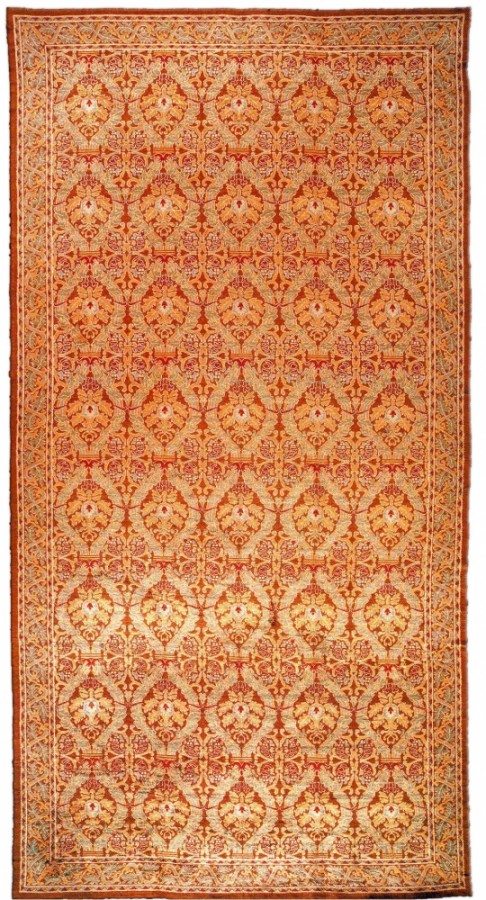 Castle, Palace or a Fortress?

Although the difference between a castle and a palace is not 100% clear and some people tend to use both notions interchangeably, it is generally agreed that the difference goes down to architectural details and the purpose that they serve. A castle was often meant to keep out enemies and provide shelter during warfare while a palace was raised for the majestic look and leisure of the magnate owner and their family. A fortress is nothing else but a strongly fortified castle with such contraptions as moat, drawbridge, flanks, arrow slits or embrasures. 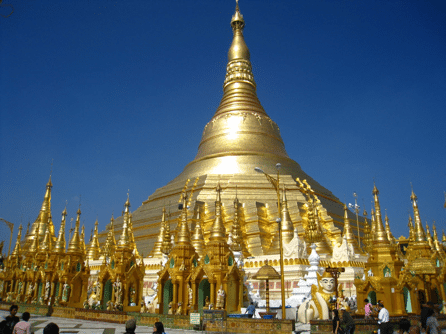 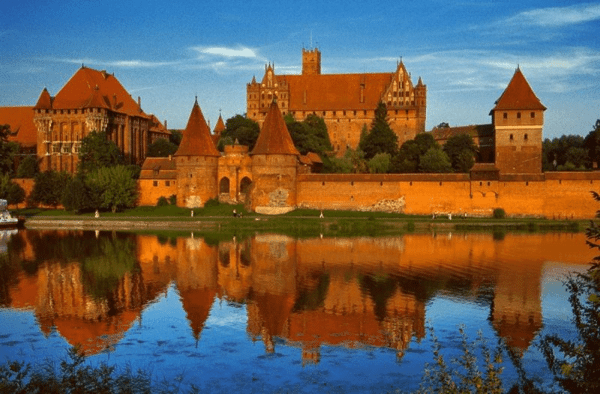 The throne room is where you rule from

Far as the world reaches throne rooms have always had it for rugs and carpets. No one should be astonished by this fact, as it is commonly known that hand-woven carpets were once (and still are) luxury goods restricted only for the royalty and incredibly rich gentry.

Compare the rugs in the Royal Throne Room with this late 19th century Persian Tabriz. It also features a centric symmetrical ecliptic pattern.

Throne room in the Museum of the Imperial Palace of the Manchu State, Changchun, Jilin province, northeast China 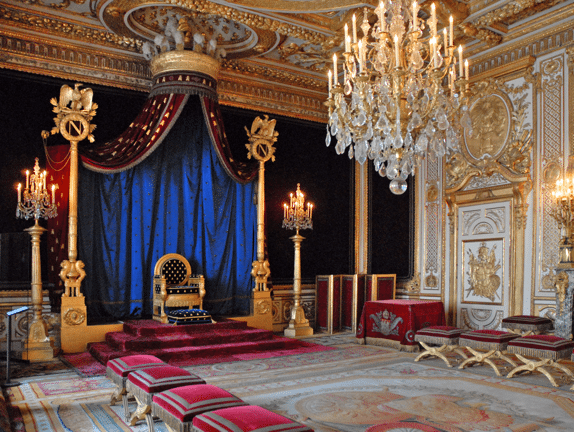 Castles owned by the self-made dreamers. 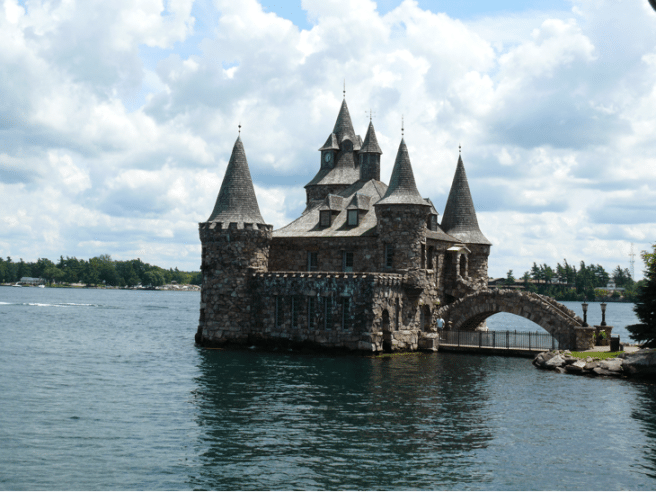 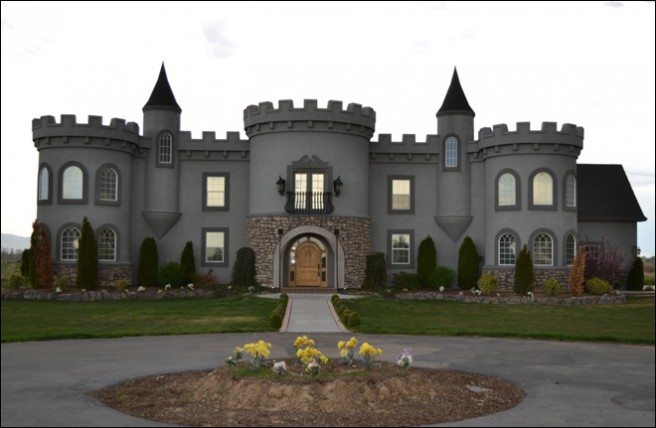 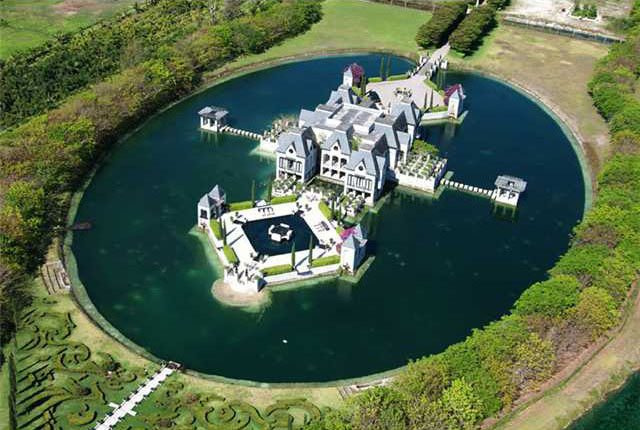 Chateau Artisan, located in the Redland area of metro Miami has three storeys, eight bedrooms and eight bathrooms. A 19,222-square-foot chateau is placed in the middle of a private five-acre lake and surrounded by 14 acres of owners’ land. It was elevated by the famous Miami architect Charles Sieger and inspired by a 17th century French chateau. 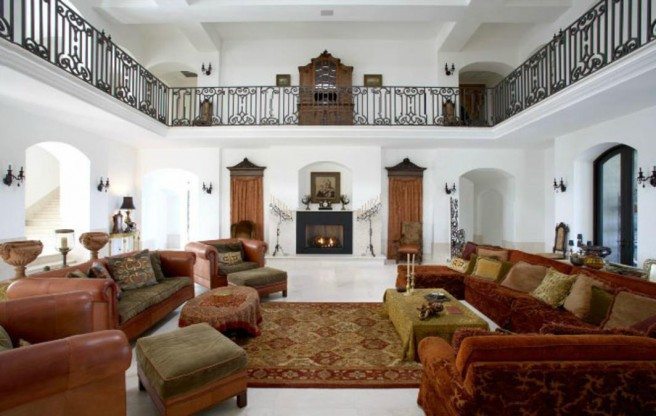 Let’s have a little peek of the inside. Again with a super stylish antique rug. 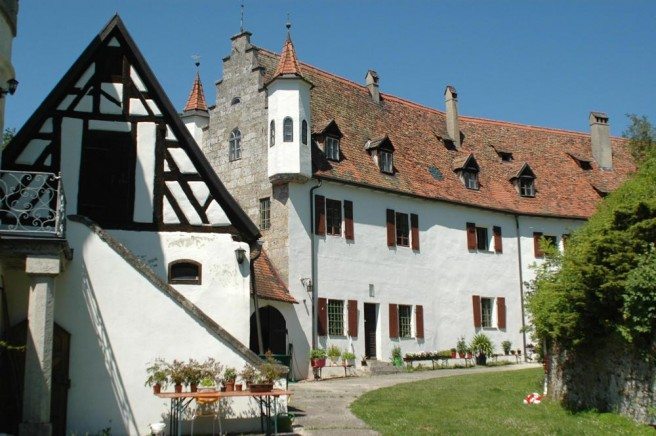