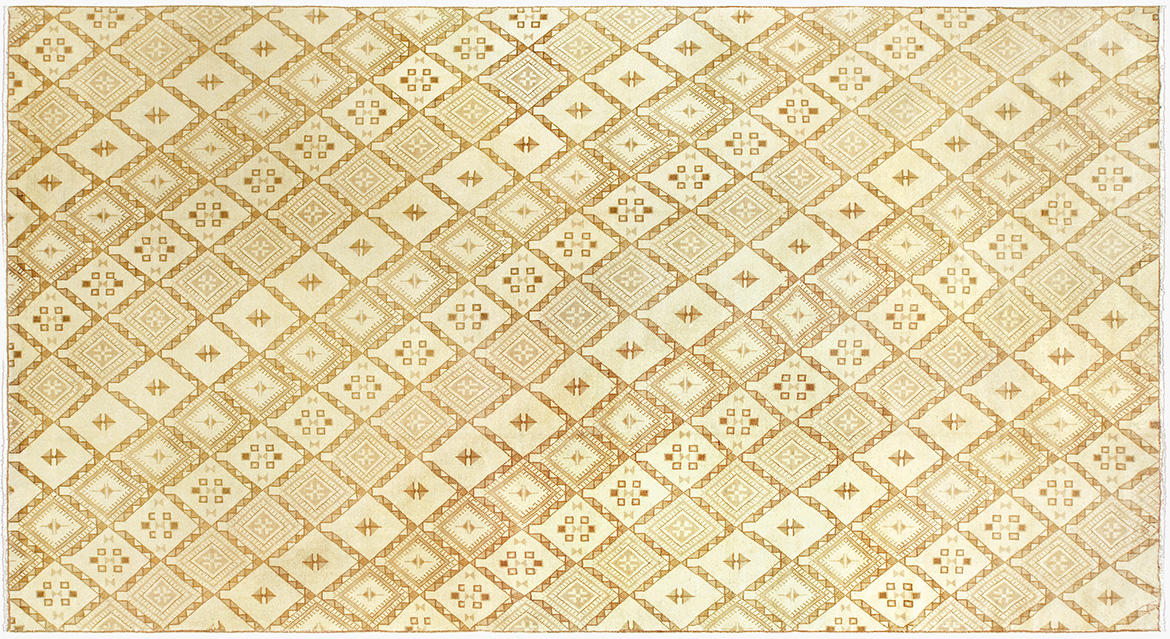 Here’s how to help your staircase rise to the top

An entry hall offers a home its interior curb appeal. And while the front door, foyer dimensions, flooring, furnishings and colors can combine to provide a gracious welcome, the staircase is key in making a statement.

Yet, too often it’s among a home’s last decorated features. “So many clients say we have to get to it, but put it off until stage two,” says suburban New York designer Lori Elder Dyner, who writes a blog, Return to Home Interiors.

One reason may be that deciding what to do gets complicated. Do you want to go all wood, or wood treads and painted risers, or all painted? Do you want to match lower and upper hallway floors, or do something different? If you prefer carpet, do you want fully carpeted stairs or just the central section with runner, now considered the fresher look but more expensive. How about the banister and spindles? Stain or paint both if wood? Finally, should you paint or wallpaper the interior stair wall, or build in storage cubbies, which California Closets says is a growing trend.

Many designers and architects recommend letting your home’s style, budget, and amount of traffic guide you. “We’re definitely influenced by the architecture and client’s style,” says Chicago architect Elissa Morgante of Morgante-Wilson Architects. But a stairway can also be an opportunity to bring light into a home’s center with clerestory or skylight at the top. Here are 10 steps to guide you:

1. If the stairway doesn’t work — isn’t visually graceful or was constructed poorly — consider replacing it if you can afford to, says Los Angeles designer Christopher Grubb of Arch-Interiors Group. His goal is for homeowners to enjoy the view from downstairs looking up as well as upstairs looking down.

2. If you desire a contemporary look, think about a floating stair, especially within an open space. Architect Chris Berg of Berg & Moss Architects in Beacon, N.Y., did so in a Tribeca loft with old-growth salvaged wood, which was sanded and stained, left bare and paired with a steel cable railing.

4. Dyner thinks that homeowners with young children and dogs should add a runner. “I learned the hard way, slipping with my infant in my arms, and having my toddler slip only minutes after I did,” she says. The runner also deadens noise and looks best with 3 to 5 inches of wood or other flooring on either side. To save funds, Dyner used a narrow banding and stopped the runner at the lip of her upstairs stairs. Others may prefer wider bands, maybe with a contrasting material like leather. 6. For carpet color, the gray-beige family is a hot trend that works as a neutral, but go with darker choices if you allow shoes beyond the front door, Dyner says. Don’t go with the very darkest that show more soil, but try for a 7 on a scale of 10, says Phil Liss of Peerless Imported Rugs in Chicago. To find the right color and pattern, test samples at home. And make a carpet work with choices in adjoining spaces, says Nader Bolour, owner of New York carpet company Doris Leslie Blau.

7. Painting treads and risers or a faux runner a bold color can be whimsical but beware that results may look casual, says Janet Bertin, with Decorating Den Interiors, Alexandria, Va.

8. Another hot trend is lacquering a banister black and painting spindles semi-gloss white. If risers are also painted, they can be the same white, though experts disagree whether to go flat or glossy.

10. If painting the interior stair wall, use a premium, scrubbable paint since the area can get dirty, says Jernigan.

Most important, love your choices. Stair design costs — materials and labor — can add up steeply. 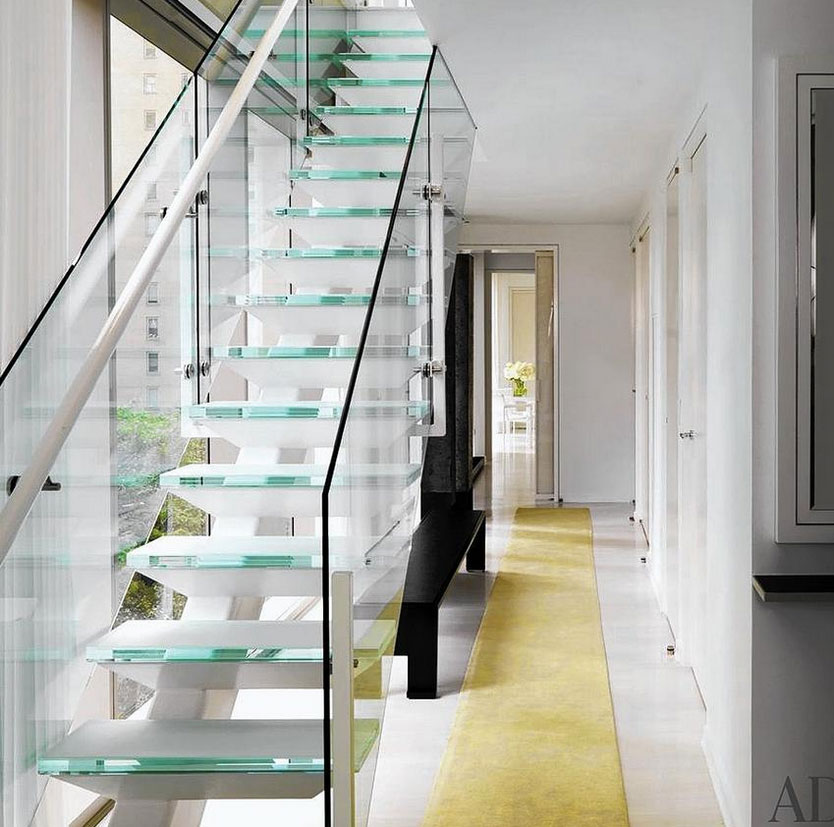 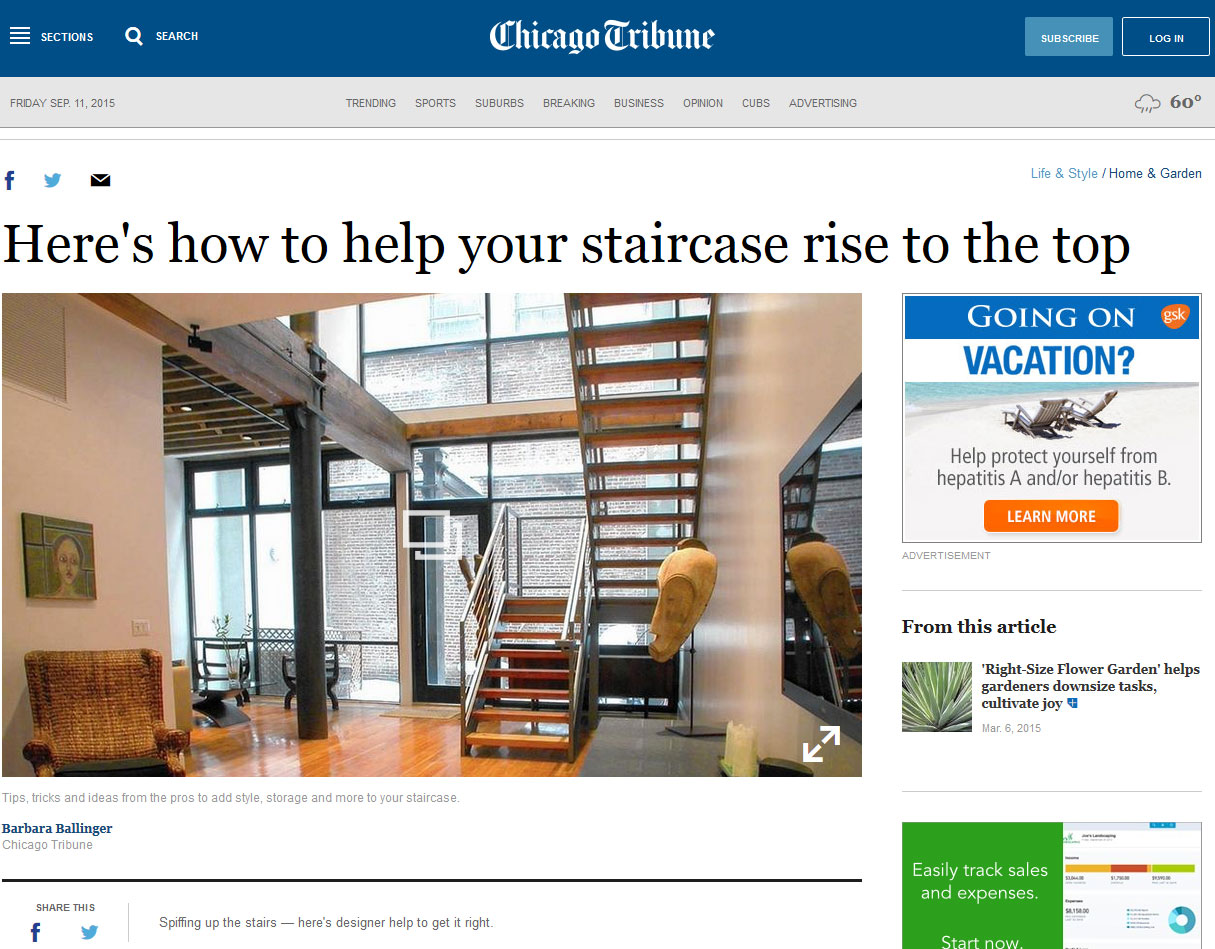 This article originally appeared in the March 2015 issue of Chicago Tribune.