Oushak rugs online shop for sale. Discover an online gallery of exquisite Oushak rugs, carpets and kilims. Find out more about Oushak rugs, handwoven with cotton, wool and silk in various pattern and color options. You can visit our Oushak rugs gallery in New York City or you can order online with competitive prices. Oushak rugs are the best examples of Oriental rug design with its natural and traditional looks. 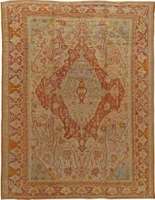 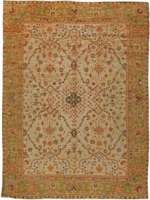