The history of the Axminster carpet started in 1755, when Thomas Whitty opened a carpet manufacturing company in the town of Axminster, in the county of Devon. The development of Axminster carpet manufacture in England during this period was enabled by laws which were designed to promote locally produced textiles, out of concern that foreign textiles were dominating the market, particularly by the French Savonnerie carpets.

These early English Axminster rugs were hand knotted, and they quickly became the undisputed choice for wealthy aristocracy. Antique Axminster carpets and other European rugs grace the floors of Chatsworth and Brighton Pavillion to name a few and were bought by George III and Queen Charlotte who visited the factory in the 18th Century. Most people associate Axminster carpet with quality, since it has been a renowned name in carpet making for centuries.

Some of the most famous Axminster carpets were designed by renowned architect and furniture maker Robert Adam. The elegant Axminster carpet he designed for Harewood House circa 1770 currently resides at the Metropolitan Museum is not dissimilar to the Lansdowne carpet, circa 1775. They both employ classical motifs based on the antique finds at Herculaneum and Pompeii in the late 18th century. Axminster carpets share a sense of orderly symmetry in the overall design using Palladian elements such as columns, pediments, architraves, trophy compartments and a string of bell flowers along with classical masks. The Axminster rugs he designed often mimicked the plasterwork of the ceiling above. He used nearly garish intensity of colors which have faded over time.

An Exceptional Collection of English Axminster & Wilton for Sale 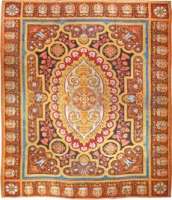 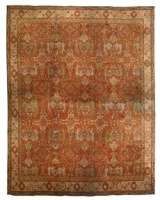 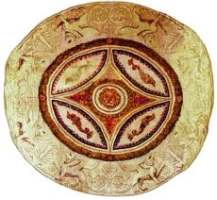