If someone is looking for an iconic item for his or her home – the answer lies before him. Although recently made, Swedish-inspired rugs stay true to the best traditions of Scandinavian craftsmanship. And nowadays there is almost nothing as widely acclaimed and desired in the world of interior design as the Northern carpets. There are many reasons for such recognition, most of them visible at first glance. They are extremely qualitative and, according to tradition, made of the best sort of wool. Their pile is very often flat, however one may find among them some real soft, long pile beauties. Finally, they are characterized by the incomparable, unique and distinctive design, which has a profound history and a meaningful message behind it. The beginnings of Swedish carpet craft reach back to the Middle Ages. However, the form in which they exist today started shaping in the late 19th and the early 20th century, to become fully developed in the mid-twenties. The biggest contribution should be definitely attributed to Märta Måås-Fjetterström – the mother of rugs, whose tremendous legacy is estimated at more than 700 original designs. Her creations have served as an inspiration to numbers of Swedish (but not only) artists, who followed in her footsteps. Today, we may please our eyes with the mesmerizing charm of Scandinavian aesthetics, which is present even in the most recent creations. What is so special about those rugs? The whole idea of minimal yet utterly tasteful and practical Scandinavian design was forged on the premise that anyone – not only rich and wealthy, but absolutely any citizen – should be able to afford a beautiful and livable interior. A rug has always been an integral part of it. Deeply inspired by the breathtaking landscapes of mountains, seashores and idyllic countryside, Swedish rugs’ expression lies in simple, geometric forms – a symbolic representation of nature. Toned, pastel color palette is dominated by shades of dusty blue, pink and brown. It has not changed over the years, if anything, it improved. Nowadays, next to historical motifs, one may find fresh and contemporary influences, which do not disturb the original harmony and artistry in the slightest.

An Exceptional Collection of Swedish Rugs for Sale 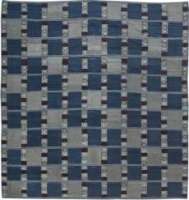 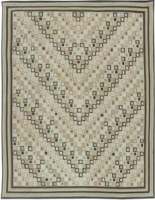 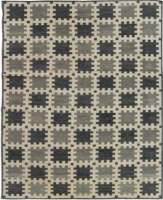